India will hope to change their winless record at Port Elizabeth, and also look to seal their first ever series win against South Africa in South Africa.

5 defeats for India at St George s Park, Port Elizabeth in 5 ODIs (4 against South Africa and 1 against Kenya, in 2001-02). This is by far their worst performance in any ground in the world. India have played 2 and lost both at Arbab Niaz Stadium, Peshawar; Jawaharlal Nehru Stadium, New Delhi; Jinnah Stadium, Gujranwala; Manuka Oval, Canberra; Saurashtra CA Stadium, Rajkot; and Sher-i-Kashmir Stadium, Srinagar.

0 instance of India winning a bilateral series in South Africa. In fact, they have never even tied a series, having lost four of them. India started the tour with a win-loss ratio of 0.24 (5 wins, 21 defeats). They have taken it to 0.38, but South Africa hold the upper hand by a substantial margin.

12 wickets is the record for joint-most by a spinner in a bilateral series in South Africa, held by both Yuzvendra Chahal and Kuldeep Yadav. They are tied with, of all people, Keith Arthurton.

3 wickets needed by Kuldeep (34) to go past Michael Bevan and become the 2nd-highest ODI wicket-taker among Chinaman bowlers. Brad Hogg (156) is way ahead of the others.

2 catches needed by Virat Kohli (16) to reach the 2nd spot among non-wicketkeepers for most catches in India-South Africa ODIs. The list is led by Graeme Smith (19), followed by Rahul Dravid (17). 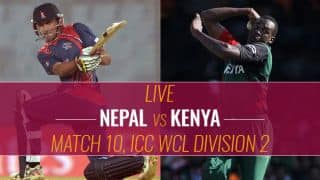 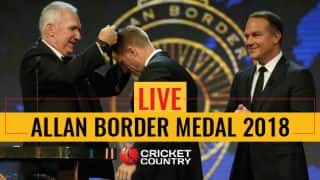