India vs South Africa, Mohali: Was the pitch really poor, or ‘doctored’?

India vs South Africa, Mohali: Was the pitch really poor, or ‘doctored’?

The usual eyebrows were raised India beat South Africa inside three days in the first Test of the Gandhi-Mandela Series 2015-16 at Mohali.

The usual eyebrows were raised India beat South Africa inside three days in the first Test of the Gandhi-Mandela Series 2015-16 at Mohali. The match lasted 1,508 balls (251.2 overs), resulting in 694 runs as all 40 wickets fell. In other words, a wicket fell every 37.7 balls. As is norm with subcontinent pitches, a lot of pundits immediately called the pitch ‘poor’ and ‘doctored.’

Of course, Hashim Amla was remarkably gracious in defeat, admitting the technique and application of his batsmen instead of blaming the pitch. A reasonable number of critics, of course, did not agree, and countered with the oft-used nonsensical argument: if spinners dominate proceedings, the pitch is invariably bad.

This, obviously, was not the first occasion when a subcontinent pitch was thus classified. The Wankhede strip of 2004-05 where the Indian spinners defended 107 (and Michael Clarke had 6 for 9) received similar criticism. There have been other occasions as well.

What makes a ‘doctored’ pitch? When England played at New Wanderers in 1999-00, the pitch was so green that it could hardly be distinguished from the ground. England were 2 for 4 in the third over; Allan Donald and Shaun Pollock wreaked havoc; England, unable to recover from the shock, were bowled out for 122 and lost by an innings. No, that was not labelled a poor pitch.

The complaints are mostly targeted at pitches that assist spinners. On a Queen’s Park Oval pitch in 1995, Australia were bowled out for 128 and 105 by Curtly Ambrose and Courtney Walsh. West Indies did little better in the first innings (136), though they raced to a 9-wicket victory. There was a wicket every 15 runs and 32 balls. That was not called a poor pitch either.

Fans and pundits alike have somehow contrived an idea that subcontinent teams ‘doctor’ pitches to their liking while others do not. Worse, there is a general notion that pitches that aid bounce and seam movement are considered genuine Tests for batsmen, while turning pitches are considered poor. Hence, when subcontinent teams fail in overseas conditions it is usually attributed to terrible technique and inability to cope, whereas dusty Asian pitches are often blamed for batsmen’s inability to cope with turn. READ: Ravichandran Ashwin, Ravindra Jadeja, Amit Mishra: A throwback to an older era of Indian cricket

What, then, decides whether a pitch is ‘doctored’? Let us, first, start with the basics — a simple break-up by country. Let us go back to the early 1990s, from when the ‘allegations’ began after Mohammad Azharuddin and Ajit Wadekar converted India to an unbeatable home team. In other words, let us go back 25 years:

Do note the balls required for sides to take a wicket. The difference between India and South Africa is 8.22 balls a wicket. In other words, for 40 wickets to fall (the ideal case), a Test has required 328.8 balls more — in other words, almost 65 overs. That is more than two sessions.

Also note the dominance of the Asian teams: in a list of 11 countries, 4 Asian countries feature in the top 6. READ: Result-oriented wickets like Mohali will help Test cricket

But then, subcontinent pitches are also criticised for being too flat and resulting in high-scoring draws. What about the matches that ended in results?

Once again, 4 Asian countries feature in the top 6. The difference between Bangladesh and West Indies in decided Tests is 182 balls, in other words, one full session.

But then, when you ‘doctor’ pitches, more often than not, you win the Tests. How quickly have matches ended when the home side has won? READ: India vs South Africa 2015, 1st Test at Mohali: 5 reasons the hosts triumphed

This is quite telling. In matches that India win at home, a wicket falls every 62.47 balls, compared to 54.07 balls in New Zealand. The difference is 8.40 balls, which means that — assuming 40 wickets — Tests won by India at home last 336 balls longer than in New Zealand. That is almost two sessions.

Once again, the top 6 teams (out of 10 this time, for Tests played in UAE are technically neutral) include 4 Asian teams. If one excludes Zimbabwe and Bangladesh for small sample size, the count comes to 3 in top 4 (out of 8).

Home teams do ‘doctor’ pitches; in fact, they are supposed to do so.  But all these invariably point to one thing: subcontinent teams do not ‘doctor’ pitches to their liking any more than their counterparts across the world. READ: Cheteshwar Pujara lays to rest No. 3 debate for India in Tests with steely knock against South Africa in 1st Test

But what about the Mohali pitch?

*Note: The cut-off for wickets can be more, but one needs to accommodate innings victories.

Let us see the shortest Tests played during this phase (cut-off: 25 wickets):

There are 23 entries on the list. Though the top entry is an Asian entry, there are only 4 others (2 of which are Sri Lanka vs Bangladesh in Sri Lanka, both in 2005, before Bangladesh’s rise). Interestingly, New Zealand accounts for six entries.

On the other hand, India have been on the receiving end of Tests lasting 200 or less overs 4 times and Pakistan twice (not including the Sharjah Test against Australia on a neutral venue).

Of course, the Wankhede Test saw 40 wickets going down, which puts it second on the all-time list if one sorts. Though the third entry is also from Asia, of the 18 Tests where a wicket has fallen every 36 balls (6 overs), only one more has been from Asia. READ: Ravindra Jadeja back with a bang in India vs South Africa 2015, 1st Test at Mohali

Ironically, India were on the receiving end of these Tests twice and Pakistan twice.

As a final check, let us also look at runs per wicket. The conditions remain the same.

The Mohali Test is 12th on the list in terms of batting average, but it is nowhere close to the top (bottom?) when it comes to balls bowled or balls per wicket. The outcome has a lot to do with the run rate (2.76), but with 9 men going past the 30-mark, it can hardly be termed a poor pitch for batting. READ: Virat Kohli: Tracing the growth of a superstar 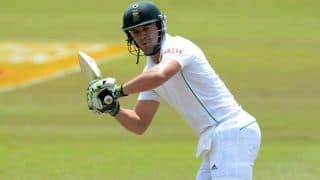 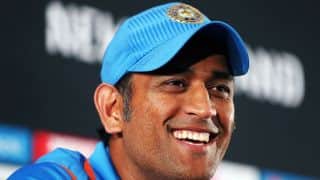