If Anushka Sharma marries Virat Kohli, her namesake Rohit won’t get the headlines. The rumoured date, however, is December 12 while Rohit will make his captaincy debut 2 days prior to the big day. Rohit will become India’s 24th ODI captain and 39th across formats during the first ODI of the three-match series at the picturesque Himachal Pradesh Cricket Association Stadium, Dharamsala. He can sideline Kohli on the trends until then. To fan the fire, he had scored 264 the last time Sri Lanka played ODI series in India.

It is also that time in Indian cricket when MS Dhoni’s aura brushes Kohli’s brilliance. Yes, we have reached that episode when the storyline revolves about Kohli.

Jadhav has been ruled out of the ODI series due to hamstring injury. The 18-year-old Washington Sundar has been summoned.

Kohli’s vacation keeps Ajinkya Rahane off the bench. That being said, India did not require any reinforcements for their captain’s departure.

MS Dhoni at No. 4, the unsolved mystery

A year ago Kohli had revealed that he wanted Dhoni to bat at No. 4, but the latter found comfort in batting down the order, at crucial junctures. For that matter, Dhoni’s batting position was never a concern. It is his breaking sheen that loosens India’s batting. He averages 65.09 in 20 innings this year, but the strike rate of 85.44 has often scaled down India’s momentum. Although the helicopter shot has lost its might, there is still some gas left in the tank. Given Karthik and Pandey can magnify the runs columns, India should employ Dhoni’s mastery higher up the order.

Shreyas Iyer will have to wait for his maiden ODI match or another injury in the team.

Rumesh Ratnayake, Sri Lanka fast bowling coach, had hinted that Mathews may bowl during the limited-overs. That will only bolster the pace unit that boasts of Lakmal and Pradeep. Perera, at the pre-match conference, confirmed that Mathews will bowl. “He didn’t bowl in the Tests. He is prepared for ODIs and T20s. That gives us an option to balance the side. Hopefully he can do something special for us.

Barring Pradeep, almost every Sri Lanka can effectively bat. Dananjaya (the one without the h) has a fifty in ODIs. Lakmal can hoick the ball hard. And there already are Mathews and captain Perera: their batting exploits are known. If they play well as a cohesive unit, the weakened Sri Lanka may well put up a good fight.

– Perera will become Sri Lanka’s sixth ODI captain since 2016. Mathews, Chamara Kapugedara, Lasith Malinga, Chandimal, and Tharanga have been at the helm.

– Sri Lanka have been drubbed 5-0 thrice this year.

– India need to whitewash Sri Lanka 3-0 to dethrone South Africa from the No. 1 spot in ICC ODI Rankings.

Focus shifts from smog to dew

The temperature will hover around 17 degrees in Dharamsala on Sunday. To dampen your weekend plans, rain is likely to take centre stage. The seamers meanwhile would be itching to bowl, but Thisara said it is a “good batting wicket”.

The tracks in India slow down at the match progress, and there always is the dew threat looming over. Batting first would be wise.

“I don’t need to change anything. I just need to carry from where we left as a team and yes IPL and international cricket is completely different the pressure and mindset of the players is absolutely different. I myself will not change much. I will try to be at the present and make those changes when necessary.” – Rohit Sharma

“India don’t have Virat Kohli. He is their best batsman. But we actually don’t think on those lines. We have to do our best. We will assess the wicket and if we play our best cricket, we can beat them.” – Thisara Perera 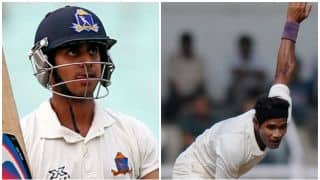 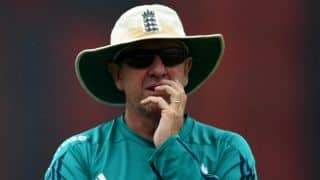