Yuzvendra Chahal went past Rashid Khan and Kesrick Williams for most wickets in 2017.

93 runs, India s margin of victory, is a record on three counts:

– Biggest margin on Indian soil: India had put up 202 for 6 and bowled out England for 127 (thus winning by 75 runs) earlier this year.

74 dismissals for MS Dhoni in T20Is, the most in history. Dhoni went past AB de Villiers (72) when he caught Kusal Perera off Kuldeep Yadav.

3 times Dhoni has taken 4 dismissals in a match now, a world record. Adam Gilchrist, AB de Villiers, Quinton de Kock, and Dinesh Chandimal have done this twice each. One of Chandimal s instances was as a non-wicketkeeper.

19 wickets for Yuzvendra Chahal (15), the most in 2017. Chahal went past Rashid Khan and Kesrick Williams (17 each). While Williams will get (at most) one T20I, Rashid won t have any this year.

12 T20Is played by Dhoni against Sri Lanka, the most for an Indian. Rohit has played 11.

9 T20Is for Thisara against India, the joint-most for a Sri Lankan. Tillakaratne Dilshan also has 9.

1 wicket for Nuwan Pradeep in 3 T20Is now, when he had Shreyas Iyer caught by Niroshan Dickwella.

1 wicket for Jaydev Unadkat in 2 T20Is now, when he had Dickwella caught by KL Rahul. 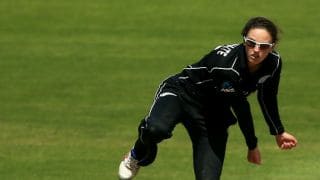