#DidYouKnow that MS Dhoni (70) needs 3 dismissals to hold the record for most dismissals in T20Is.

3 dismissals needed by MS Dhoni (70) to hold the record for most dismissals in T20Is. AB de Villiers leads the way with 72, while nobody else has more than 60. Of Sri Lankans, Kumar Sangakkara leads with 45.

3 wickets needed by Yuzvendra Chahal (15) to become the highest wicket-taker this year. The list is headed by Rashid Khan and Kesrick Williams (17 each). Jasprit Bumrah has 12 wickets.

5 wickets needed by Thisara Perera to reach the 50-wicket mark. He will become the 4th Sri Lankan and 21st overall to reach the landmark. Six of these wickets have come for ICC World XI.

10 T20Is played by Rohit against Sri Lanka. One more will take him past Raina and put him at 2nd spot among Indians. However, if Dhoni (11 before the series) plays, he will still top the table.

1 Sri Lankan has played more matches against India than Thisara (8). Thisara should go past Tillakaratne Dilshan (9) during the series. Angelo Mathews has played 7 matches. 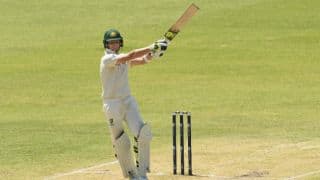