Virat Kohli vs Nuwan Kulasekara and other battles to watch out for.

India will face Sri Lanka in the first One-Day International (ODI) of the five-match ODI series on Sunday. Both teams have faced each other plenty of times in the recent past, and would thus be aware of each other’s strengths and weaknesses. Sameer Jha looks at some of the exciting encounters that fans may get to see in the match.

1. Virat Kohli vs Nuwan Kulasekara: Virat Kohli ended his bad run of form by coming good with the bat against West Indies. The 25-year old will be leading the side in the absence of MS Dhoni, and will look to lead from the front by scoring big runs. He is likely to face stiff opposition from the experienced Nuwan Kulasekara, who didn’t get much success in Sri Lanka’s last ODI series — against Pakistan in August. He will be hungry to make an impact.

2. Suresh Raina vs Thisara Perera: Suresh Raina will be playing his 200th ODI, and will definitely want to add some glory to the landmark by performing well. However, Raina will have to contend with Thisara Perera, who took 9 wickets in the three ODIs Sri Lanka played against Pakistan in August this year. Both men are all-rounders, with Raina’s part-time off spin being a crucial cog in Dhoni’s plans. If Raina has to bowl to Perera, it could be an equally engaging battle.

3. Kumar Sangakkara vs Ravichandran Ashwin: Kumar Sangakkara has already established himself as one of the legends of the game, and he can be expected to live up to his reputation by scoring big runs in this series too. One man who will be plotting to keep Sangakkara’s bat quiet will be Ravichandran Ashwin. The off-spinner wasn’t involved in the series against West Indies, and is facing heat for a place in the side by youngsters like Akshar Patel and Karn Sharma. Ashwin will look to assure Dhoni, and the whole of India, of his potential with the ball by taking some wickets.

4. Angelo Mathews vs Ravindra Jadeja: Both Angelo Mathews and Ravindra Jadeja are among the best limited-overs all-rounders in world cricket today, and both men add tremendous balance to their respective sides. They are both capable of hitting big shots, and producing wicket-taking deliveries. The battle between these two all-rounders will be exciting to watch, and could definitely add spice to the encounter. 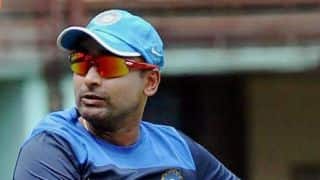 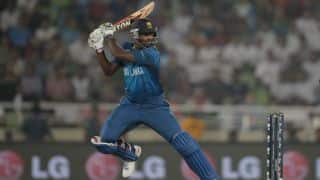