India vs Sri Lanka 2014: Amit Mishra unlucky to be left out of squad as competition for berths heats up

India vs Sri Lanka 2014: Amit Mishra unlucky to be left out of squad as competition for berths heats up

Amit Mishra's chances for the ICC World Cup 2015 have taken a hit.

Amit Mishra bowled very well during the second One-Day International (ODI) against West Indies at the Feroz Shah Kotla, Delhi. However, a month down the line, he finds himself out of the side without getting another game. Akshar Patel usurped his spot and has put in a few good performances. Nishad Pai Vaidya writes that Mishra has been unlucky to miss out and his chances for the ICC World Cup 2015 have taken a hit.

On October 11, 2014, Amit Mishra was involved in an intriguing battle with the West Indies batsmen. The naturally attacking tribe were keen to dominate the leggie — the short boundaries at the Feroz Shah Kotla were tempting. Chasing 264 in the second One-Day International (ODI), West Indies were in command at 130 for one in 28 overs. Kieron Pollard had smashed him for two sixes and the big hitter looked in ominous form. However, Mishra triumphed at last he bowled Pollard out and turned the game.

It wasn’t just about getting Pollard out. But he also dismissed the in-form Denesh Ramdin. But, the most crucial aspect of his spell was the way he tied down Marlon Samuels. The centurion from the first ODI couldn’t get the ball away and played 17 dot balls in succession. This built up the pressure and West Indies imploded in the later stages. Mohammed Shami walked away with the honours for his four-wicket haul. Mishra’s spell was forgotten. A few weeks down the line, he was dropped from the one-day side without getting another game. Have the selectors given Mishra a raw deal?

The leggie has been in India’s plans for over a year. He had done well during the Zimbabwe series last year, but since then his opportunities have been few and far in between. He did play in all the games at the ICC World T20 2014 in Bangladesh and was crucial in helping India begin the tournament well to dominate the group stages. Though he lost form during the Indian Premier League (IPL), he remained in India’s setup. The spell in Delhi assured the selectors and was a confidence booster. However, Akshar Patel was brought in for the next game; Ravichandran Ashwin returned for the Sri Lanka series after a break and Mishra hasn’t returned since.

What makes it worse for Mishra is that he has been left out of the side for the last two One-Day Internationals (ODIs) against Sri Lanka. His Sunrisers Hyderabad teammate Karn Sharma makes the cut for the last two ODIs and has also been picked for the Tests Down Under. With Ashwin holding his spot and Akshar putting in good performances, it has become tough for Mishra to get back. Ravindra Jadeja has been given a breather, but would be back for the tri-series before the World Cup. In all likelihood, they may only take one more spinner and Akshar is currently ahead in that race.

Mishra can consider himself unlucky for not being given a chance after the Delhi ODI. Given the way he had bowled, he certainly deserved a longer run for the selectors to assess his performances. Also, a wrist-spinner can be very useful in Australia and Mishra could have been the choice. Perhaps, Karn’s superior batting ability may have forced the selectors to make the chase, with the axe falling on Mishra. If the Haryana leggie has to have any chance of making it to the World Cup squad, he needs to be on the trip for the tri-series. For that, his domestic fixtures are crucial. 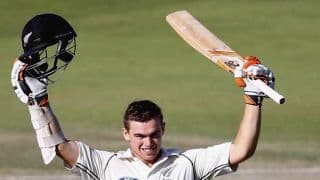