With Pandey's name already on the Indian selectors' radars, this performance could improve his chances.

Manish Pandey scored a superb unbeaten 135 off just 113 balls in India A’s triumph over the visiting Sri Lankans on Thursday. With Pandey’s name already on the Indian selectors’ radars, this performance could go a long way in improving his chances for a national selection. But more than anything else, Shiamak Unwalla feels Pandey is finally delivering on the promise he showed years ago.

When India won the ICC Under-19 World Cup 2008, it seemed like most of the young team was destined for big things. While Virat Kohli and Ravindra Jadeja are now permanent members of the One-Day International (ODI) side, the likes of Saurabh Tiwary, Pradeep Sangwan, Iqbal Abdulla, and others have failed to capitalise on their bright start.

Manish Pandey, on the other hand, is a different story. From being one of India’s Under-19 World Cup-winners, he was thrust to stardom before even Kohli after becoming the first Indian to score a hundred in the Indian Premier League (IPL). That Pandey was just 19 at the time only enhanced his reputation.

He followed up the IPL ton with a solid domestic season for Karnataka and South Zone, at which point it seemed like he would be the first batsman of his Under-19 World Cup batch to make it to the Indian team. Unfortunately for him he was not picked despite his excellent form. Since that dream season, he has remained a useful cricketer for Karnataka without ever managing to be a stalwart.

His First-Class average of 53.02 is impressive, but he has struggled to find his groove in List A cricket. A mere nine half-centuries without a ton in 62 games at a sub-par average of 26.33 shows that Pandey is not quite ready for the big league.

However, in recent times Pandey has started finding his consistency even in limited overs cricket. It started with the Indian Premier League (IPL) 2014, where he scored 401 runs at an average of nearly 31. His innings of 94 in the final ensured that Kolkata Knight Riders (KKR) trumped Kings XI Punjab (KXIP) to help them win the title for the second time.

Pandey was dependable even during the Champions League T20 (CLT20) 2014, where he scored 172 runs at an average of 34.4 to emerge as one of KKR’s most steady batsmen. He was selected in India’s squad for the T20I against West Indies — his maiden international call-up — only for the tour to get called off. He might consider himself unlucky, but the opportunity that it gave him against the Sri Lankans in the practice match meant that he could prove himself.

The unbeaten 135 could mark a new beginning for Pandey. While it is highly unlikely that he will get a chance in the ICC World Cup 2015, this innings could hold him in good stead the next time the selectors will ponder over an India A team. Above all else, it is a sign that Pandey is finally fulfilling the potential he showed so early in his career. 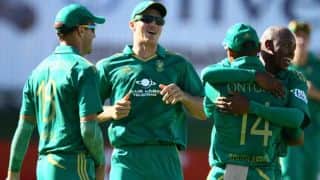 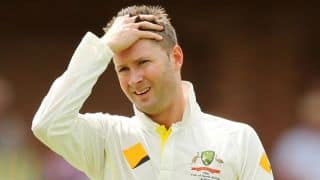