Having sealed the series 2-0, India will look to give their bench warmers a chance in the 3rd T20I against Sri Lanka.

Having sealed the series 2-0, India will look to give their bench warmers a chance in the 3rd T20I against Sri Lanka. They will have a keen eye on the performances on the likes of Basil Thampi and Washtington Sundar (if given a chance). Sri Lanka, on the other hand will look to regain lost pride and bring up a win before heading back home. Between them and a win stands India s captain Rohit Sharma.

Rohit Sharma vs Thisara Perera: Most of the hammering Perera suffered came at the hands of Rohit. He tore into the Sri Lankan captain in his first spell and mounted a calculative assault on ever-since. Rohit accumulated 36 runs in boundaries off the all-rounder. It will be an interesting contest between the duo as one plays for unchallenged dominance, while the other is battling for pride.

KL Rahul vs conversion rate: Rahul have provided India the perfect starts in both the T20Is. He was sadly overshadowed by Shikhar Dhawan and Rohit Sharma respectively. Despite playing second fiddle, Rahul kept the scoreboard ticking and looked unnerved in the middle.

In both games, Rahul could have scored hundreds but was not the case. He has always been guilty of throwing away starts across formats.

Basil Thampi vs Niroshan Dickwella: Thampi impressed one-and-all in the IPL 2017 playing for Gujarat Lions. He was immaculate in the death overs and used the hardness of the new ball quite well. He will be up against Niroshan Dickwella, who adopted an aggressive approach at Cuttack and Indore.

Jaydev Unadkat found the perfect weapon in slow deliveries that could get rid of him. Will Thampi employ the same approach?

Yuzvendra Chahal vs Kusal Perera: Chahal has been India s best bowler in T20Is in 2017, dropping him would be a mistake. Given the South African tour is on the horizon, keeping him in rhythm is imperative. Kusal in the second T20I looked fearless and decisive against the Indian spin duo. His game play did put Kuldeep Yadav and Yuzvendra in a limbo.

Kusal recorded an elegant half-century before succumbing to the pressure of high run-rate. Chahal would like to get the better of Kusal in the final T20I and have the final laugh. 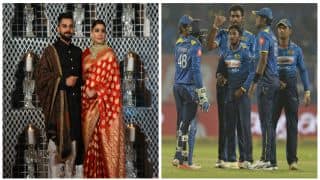 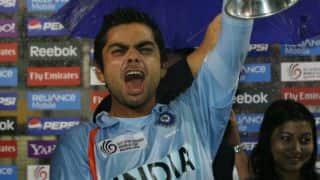