India whitewashed Sri Lanka in ODIs for the second time in a row.

The five-match ODI series between India and Sri Lanka is over. The slump continued for Sri Lanka, whereas India pushed the gap between both sides by consecutive whitewashes on the current tour. This was Sri Lanka s first instance of being clean swept in ODIs at home. Every match had a similar script with the hosts not being able to curb the opponents for long. Even the second ODI, where the Sri Lankans were on top for some time, went in favour of India. Let us walk through Indian team s marks sheet from the justs-concluded series.

Shikhar Dhawan (7/10; 190 runs): After his heroics in Tests, Dhawan continued to slam runs at will in his most-preferred format. The first ODI saw Dhawan smash 132* (in 90 balls), the highest Indian score in a run-chase in Sri Lanka. He missed out on a fifty in the next outing and faltered from thereon. He was rested for the last game, but ended with a healthy average of 63.33 courtesy his whirlwind century.

Rohit Sharma (9/10; 302 runs): Rohit had averaged 7.4 in his last 10 outings in Sri Lanka (including the series opener). Nonetheless, he changed scripts drastically after that. With two back-to-back tons, a fifty in the 2nd ODI and stitching the highest 2nd wicket-stand in the history Premadasa, he did everything asked of him. Rohit also grabbed his 100th international catch during the 3rd ODI.

Virat Kohli (9.5/10; 330 runs): Kohli led from the front. He shuffled bowlers when a partnership brewed. He tinkered with the winning line-up after the series was won. And he scored a plethora of runs. With two consecutive tons, he not only became the first to slam hat-trick of centuries at Premadasa but also equalled Ricky Ponting s tally of ODI centuries (30). He is behind only Sachin Tendulkar (49). In addition, Kohli also became the first Indian skipper to enforce an ODI series whitewash in Sri Lanka. He also leads the chart with most clean sweeps by an Indian skipper in the format (3). With 330 runs at 110, Kohli was one of the main reasons for Sri Lanka s demolition. He looked focused, read Akila Dananjaya s variations and played the ball to its merit.

Manish Pandey (6/10; 86 runs): Pandey got a chance in the last 2 fixtures. He did not disappoint. Pandey got 86 runs (including an unbeaten fifty) and was involved in two vital stands with Kohli and MS Dhoni. He proved handy in his short audition for the coveted No. 4 spot. He played according to the situation, ran hard between wickets and played the Sri Lankan spinners a lot better than KL Rahul.

MS Dhoni (8/10; 162* runs): All eyes were on Dhoni after his much talked-about slow fifty in the West Indies series. His strike rate and finishing skills have been a constant angle for cricket writers to thrive on. A zillion articles have been written on topic. Nonetheless, MS was ready for the occasion. He silenced his critics by playing the perfect second fiddle and guided the team twice. The cricketing world saw a slight change in his batting technique as well an evident trigger movement. Dhoni, in a way, showed his appetite for runs and switched from a finisher to enabler .

With 162 runs without getting dismissed, the 300-stumpings milestone and the record for most unbeaten ODI innings, Dhoni finished on a high. Additionally, the Dhoni Review System enabled Shardul Thakur to get his first international wicket in the penultimate encounter.

Kedar Jadhav (3/10; 64 runs): After twin failures against Dananjaya, Jadhav was dropped for the fourth ODI. However, he regained form with a fine fifty in Sunday s clash. He played his natural game, didn t get bogged down against Dananjaya and added 109 with Kohli for the fourth wicket. For his mini-turnaround, Jadhav picks some points in the series. He also scalped 3 wickets, thereby adding an extra point.

KL Rahul (1.5/10; 28 runs): Rahul, preferred over Pandey at the start of the series, fell flat on every opportunity. He amassed 28 runs at a mere 9.33 and failed to read Dananjaya, Sri Lanka s trump card. He looked in a hurry to play his shots and did not put a price on his wicket.

His direct hit to dismiss Kusal Mendis in the fourth ODI adds half a point in his kitty.

Hardik Pandya (3.5/10; 19 runs & 4 wickets): Pandya got two hits with the bat. In the second ODI he had a chance to anchor the innings in a tricky chase. During the fourth match he had a chance to take India over the 400-run mark. He disappointed on both occasions. The long home season may groom him for these situations.

He was slightly more effective with the ball. He bowled with raw pace, pitched it short and scalped 4 wickets. However, he needs to work smartly on his variations and accuracy.

Bhuvneshwar Kumar (6.5/10; 5 wickets): Bhuvneshwar didn t get a wicket till the last game, but more than made up for it with his maiden five-for. He earns brownie points for his splendid knock in the second ODI, when he came in at 131 for 7 and partnered Dhoni in a dicey run-chase. He also surpassed his senior pro in terms of individual runs.

Bhuvneshwar, Man of the Match in the fifth ODI, performed much-better the actual all-rounder, Pandya.

Jasprit Bumrah (9.5/10; 15 wickets): Bumrah is known for his variations and death-over bowling. Here, he showed he was much more than that, and looked a complete bowler in almost every spell. He finished with 15 scalps (most by a bowler in a bilateral series involving India and Sri Lanka) and earned his best figures (5 for 27). He resorted to variations, took early wickets and came back in the death to rattle the lower order. He also got adequate swing in the third ODI, depicting his capability to bowl in all conditions. Thus, he was rightly adjudged Man of the series.

Akshar Patel (7.5/10; 6 wickets): With an economy rate of 3.85 and 6 wickets, Akshar managed to hit the right chord ahead of India s long home season. He was on the money on most occasions and maintained tight lengths in the decisive middle orders. He got one chance with the willow, but perished soon.

Yuzvendra Chahal (7/10; 5 wickets): Chahal was as impressive as Chahal. He forged a dangerous combination with both Patel and Kuldeep Yadav. He tossed the ball up, remained patient during long partnerships and picked up 5 wickets at 4.70. Maybe someone to replace Ravichandran Ashwin in near future.

Kuldeep Yadav (6.5/10; 3 wickets): The Chinaman bowler was at par with the ball. He got 3 wickets from 2 games and finished with an economy rate of 3.80. The Indian spinners bowled significantly better than their counterparts and have opened enough options going forward.

Shardul Thakur (5/10; 1 wicket): Shardul became India s 218th ODI player. He debuted in the fourth ODI and returned with a wicket. Nonetheless, he was wayward in the last match and went for 8 an over. He has pace and the right temperament but surely needs to more disciplined in his line and lengths. A learning curve, nonetheless! 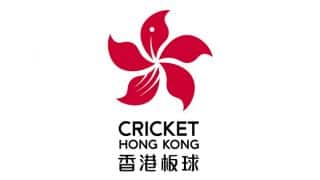 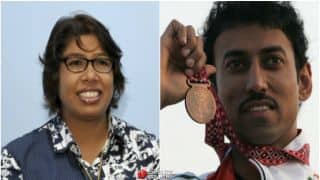