India currently have the advantage, winning the first Test against West Indies by an innings and 92 runs.

A confident Indian team is all set to take on West Indies in the second Test at Sabina Park, Kingston, Jamaica. India currently have the advantage, winning the first Test of the series by an innings and 92 runs. West Indies will have to work their way to victorious end in the second Test to keep the hopes of their fans and followers alive for the series while Virat Kohli will surely like to lead India to another win in the next Test. As both the teams prepare to face each other for the second time in the series, here is the likely XI for the hosts. FULL CRICKET SCORECARD: India vs West Indies 2016, 2nd Test at Kingston

Top-order: Kraigg Brathwaite and Rajendra Chandrika opened batting for West Indies in the first Test. Kraigg Brathwaite scored an impressive 72 in the first innings. Leon Johnson has been added to the squad for the second Test and he can be tried in place of Chandrika. At No. 3, it is Darren Bravo, one of the most experienced players of the side. Though he has failed in the previous Test, the team’s batting depends a lot upon him and will be a key player.

Middle-order: The middle-order is likely to be unchanged. At No. 4, it is Marlon Samuels who comes out to maintain the balance between the top and middle-order. Jermaine Blackwood will be the next one to follow. Carlos Brathwaite, the aggressive batsman, can be sent at No. 6 looking at his batting abilities. Jason Holder, the skipper himself, is a potent batsman in the middle-order and can go out to bat at No. 8 while Shane Dowrich will be there to add some last moment runs down the order.

Bowlers: A new inclusion to the usual squad is Alzarri Joseph. The bowler tasted success in the recently concluded Under-19 Cricket World Cup 2016 and will be an interesting pick, given none of the Indian cricketers have faced him earlier. Shanon Gabriel, Carlos Brathwaite and Jason Holder will be there to strengthen the pace attack. However, the most successful were the spinners. Devendra Bishoo and Kraigg Brathwaite will be the two crucial names. 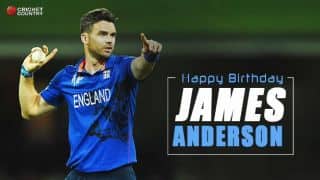 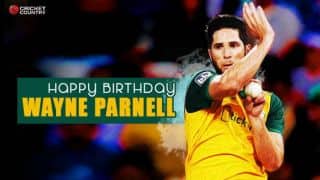