In their second match against India, the Windies could bring back Lendl Simmons, if he is fit for Daren Bravo.

After a heavy defeat of 124 runs to the Caribbeans in the first One-Day International (OD) at the Nehru Stadium in Kochi, the Men in Blue will look for some redemption in the 2nd ODI at the Feroz Shah Kotla in Delhi.  Ayush Gupta looks into the possible XI which the West Indians could field at Delhi:

Top Order: The likely top order for the West Indies team could comprise of Dwayne Smith, Lendl Simmons and Marlon Samuels. Simmons who missed the last match due to fitness issues could make a comeback. Skipper Dwayne Bravo, had promoted himself up the order. Thus, he should be a good fit in the middle-order and give Simmons a chance by dropping Darren Bravo who hasn’t been so impressive with the bat off late. Dwayne Smith is a must for the team owing to his brilliant opening record in the past for the team and being an explosive batsman; he could give West Indies a flying start to the innings and be in total command of the game right from the beginning. However, Marlon Samuels can bring himself up the order to No 3 owing to his brilliant unbeaten knock of 126 in the first ODI.

Middle Order: The middle order should comprise the likes of Denesh Ramdin, Kieron Pollard, Dwayne Bravo and Darren Sammy. Ramdin scored an impressive 65 in the last match and shared a solid 165-run partnership with Samuels. He could be followed by the explosive pair of Kieron Pollard and Dwayne Bravo, who could set up a good middle-order line-up and can tear apart any bowling attack in the middle overs. Darren Sammy is an expert in the slog and death overs.

Bowling attack: The bowling attack of West Indies could comprise of Andre Russell, Sulieman Benn, Ravi Rampaul and Jerome Taylor. Russell can be dangerous both with the bat and the bowl. He is a must for the team followed by spinner, Sulieman Benn. The spinner was economical in the first match. Rampaul and Jerome Taylor make for a formidable opening pair in the bowling department. The Windies do have an advantage of using Sammy, Pollard and the captain himself in medium pace along with the part-time spin of Samuels.

Overall, any major changes are highly unlikely for the West Indies team for the second ODI against India as they would love to carry the winning momentum forward. However, it won’t be surprising if they bring in Simmons, provided he is fit, in place of Darren Bravo. 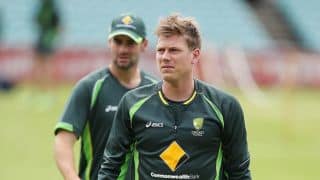 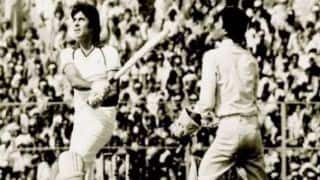