India tour of Zimbabwe have benefited only the sponsors rather than the players so far.

India eased off to yet another victory during the first Twenty20 International (T20I) in what is fast turning out to be a pointless tour of Zimbabwe. It was meant to be a tour that would test India’s bench strength, and prepare them for the tougher challenges that lie ahead. However, Zimbabwe have not been able to provide little competition for the aspiring cricketers in India’s B-side. Amit Banerjee feels that the tour of Zimbabwe, which went through lots of ups and downs, will ultimately benefit the sponsors rather than the players.

India’s easy wins in their tour of Zimbabwe so far can be viewed with different perspectives. Some may praise India’s pool of talent, that there are several hidden gems in the domestic setup that need to be adorned on the crown that is the Indian national cricket team. Others may opine that the Zimbabwean standards have fallen drastically low in recent times, and that they need a major overhaul in the way cricket is run in the African nation. Whatever the perspective may be, it does not change the fact that the India’s ongoing tour of Zimbabwe is hardly beneficial to the players, especially the ones donning the blue jerseys. READ: India vs Zimbabwe, 1st T20I at Harare Highlights

Barring regular faces such of Ajinkya Rahane, Bhuvneshwar Kumar, etc., the India team was mostly made up of youngsters who barely had any international tours to their credit. After having their fair share of success in the Ranji Trophy and the Indian Premier League (IPL), tours such as these serve as stepping stone for youngster to gain some confidence for playing in more testing conditions, and against tougher opponents. READ: India register highest away T20I score, during clash vs Zimbabwe

The fact that the youngsters, five of whom made their T20I debut in the first of the two-match series, have hardly faced any resistance from the hosts, and is disappointing to be put politely. While they may have struggled in the first ODI, in which Zimbabwe finished four runs short of the Indian total due to a fighting century by Elton Chigumbura. While the bowling has been wayward for the hosts, the batting has been even worse, especially the way they have been capitulating to the Indian spinners. READ: Manoj Tiwary, Robin Uthappa squander opportunity during India’s ODI series in Zimbabwe

Zimbabwe’s dismal performance comes as a surprise, especially when they fought hard in every match that they played during their historic tour of Pakistan in the month of May. It remains to be investigated as to how they could fail so miserably in their home conditions, after putting up a fight in the alien sub-continental tracks (although Sikandar Raza’s inputs may have come in handy).

If one were to point their fingers at the real winners of the ongoing series, it would perhaps be pointed towards the broadcaster and the sponsors, who had for long battled with the Board of Control for Cricket in India (BCCI) for the tour to happen, and ultimately winning the battle in the end. As for those who are accustomed to being ignored by the selectors, they would be wishing to be part of the upcoming India ‘A’ triangular series featuring the ‘A’ teams of Australia and South Africa that promises to be more competitive than what we have seen so far. Unless the second T20I, the final match of the tour that is, turns out to be worth the spectator’s money. 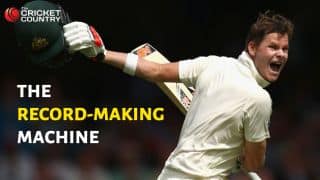