Graeme Cremer will lead Zimbabwe against MS Dhoni-led India in the first ODI at Harare.

Zimbabwe will play hosts to India in the first match of the 2016-17 ODI series on Saturday. The tour will consist of 3 ODIs matches followed by 3 T20Is. The first match will take place at the Harare Sports Club in Harare and will lay the foundation for the matches to come. India have named a relatively inexperienced squad for the tour with 5 uncapped players in the side but they will still be tough to beat considering the level of cricket that they played in the IPL. Zimbabwe will have to play out of their skin to stand any chance of beating India, more so because they will be without Hamilton Masakadza and coach Dave Whatmore who were sacked recently. Let’s take a look at the probable XI for the hosts.  Live Cricket Scorecard: Zimbabwe vs India, IPL 2016, 1st ODI match, at Harare

Top Order: Zimbabwe’s top-order will have to give the team a decent start. The middle-order can only capitalize further if the opening three batsman can see off India’s pacers. Peter Moor could open the innings alongside Chamu Chibhabha. Moor is still searching for his maiden ODI century and he might fancy his chances while playing at home. Chibhabha on the other hand, has done well for Zimbabwe, although he also does not have a hundred to his name. But with Masakadza not in the team, a big void needs to be filled in Zimbabwe’s batting line-up. Masakadza made massive contributions for his side while he played and could also take the game away from oppositions. In his absence Richmond Mutumbami might bat at No. 3 for the hosts. LIVE CRICKET STREAMING: Watch India tour of Zimbabwe 2016 here

Middle-Order: Zimbabwe’s middle-order will have be at their best against India, especially while playing the Indian spinners. They will have to take calculated risks and rotate strike often if they hope to post a difficult target for the visitors. Sean Williams, the left-hand batsman, who can even bowl a bit, will form the crux of the middle-order along with Elton Chigumbura for his side. Williams could not play against Afghanistan in the last series due to a groin injury, but will be ready to make a strong comeback. With Sikandar Raza then at No. 6, Zimbabwe can accelerate the innings and increase the scoring rate. Raza is also an excellent fielder and a part-time bowler too. In simple words though, these three need to deliver and chip in for Zimbabwe to do well. ALSO READ: India vs Zimbabwe: Why Zimbabwe can beat MS Dhoni’s India

Lower-Order and Bowling: Graeme Cremer as captain of the side will have to lead from the front. The leg-spinner will like to pose doubts in the minds of  the inexperienced Indian batting line-up and make them feel uncomfortable. Neville Madziva, the all-rounder will like to be among wickets for his side with his pace bowling and not let the Indian batsmen settle. Meanwhile, Tendai Chatara could be a tough customer to deal with especially because of his unorthodox bowling action and his ability to move the ball away from the right-handers. Tawanda Mupariwa might also get a place in the starting XI with a good ODI record of 57 wickets in 39 matches. He is pretty effective with his slower ones too. Finally, Tendai Chisoro might also start for Zimbabwe as he has looked good in the limited chances given. Although not among the wickets, he has a good economy rate. 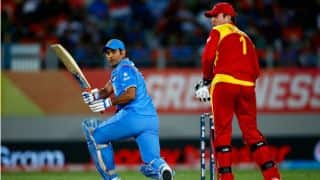 India vs Zimbabwe 2016, 1st ODI at Harare: MS Dhoni vs Richmond Mutumbami and other key battles 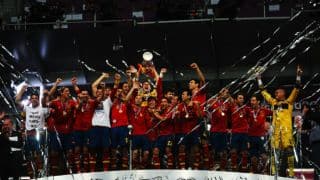