India and Zimbabwe will be clashing in the third and final T20I at the Harare Sports Club in Harare on Wednesday.

India and Zimbabwe will be clashing in the third and final T20I at the Harare Sports Club in Harare on Wednesday. This will be the final match of India’s tour of Zimbabwe, wherein they provided chances to many of their upcoming players. On the other hand, Zimbabwe continues to falter across departments. Despite that, they sprang a surprise in the first T20I at the same venue to trump India by a narrow margin, but only to lose the next by a massive margin of 10 wickets. With the series levelled at 1-1, all that Zimbabwe needs to do is to get their act together for one more game, as they stand a strong chance to clinch a rare series win. Let us take a look at the likely XI that the hosts may field for the final T20I. FULL CRICKET SCORECARD: India  vs  Zimbabwe , 3rd T20I Match at Harare

Top order: Zimbabwe have shown impressive work ethics in this series, but somehow they have failed to get the desired results. Their batsmen have applied themselves well while at the crease, but have not scored as many runs to their liking. Chamu Chibhabha and Hamilton Masakadza both have got decent starts but have failed to convert in the first two T20Is. Keeping this in mind, the elevation of Peter Moor worked well for the hosts in the last game and they will hope that the right-hander gets a few runs in this game as well. Zimbabwe will need a challenging score to put any kind of pressure on India, and in order to do that, they will need their top order to fire. India vs Zimbabwe 2016, 3rd T20I at Harare, Predictions and Preview: India aim to wrap-up series and tour

Middle order: To get runs in the middle overs and to push for a big score at the end in case they are batting first as they have done in the first two games, the responsibility will be on Malcolm Waller, Sikandar Raza and Elton Chigumbura. These three men have the requisite experience and firepower to keep pushing for more runs, and putting them on the board will be the only way to guide their team to win. Chigumbura will be expected to repeat the heroics of first T20I, wherein he slammed a quickfire half-century which proved to be a match-winning one for his team.

Lower order: As far as batting is concerned, not much can be expected from the Zimbabwean lower order. They could not do much when India bowlers applied tremendous pressure, in the second T20I. Captain Graeme Cremer will hope for a much improved performance though, but memories from last match will be tough to put away. Zimbabwe failed to take any wicket as India chased down a paltry total with ease, and the hosts will know that they have a task in hand to improve. Any change in the Zimbabwean team is unlikely, with Richmond Mutumbami remaining unavailable after the first T20I. 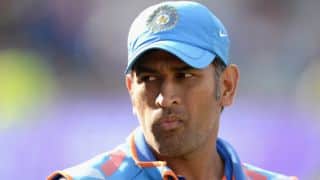