India Women, who used to have more training camps than matches, will go into the 2017 ICC Women’s World Cup having played a decent number of matches.

“There is no practice like match practice,” an old coach used to tell me. He never liked the idea of having a month-long training camp ahead of a tournament. Instead, he would schedule as many matches as possible to make sure we had enough “game time” under our belts going into the main event.

India Women, who used to have more training camps than matches, will go into the 2017 ICC Women’s World Cup having played a decent number of matches.

Six comprehensive wins and one heartbreaking loss, reads India’s report card after the final of the Women’s Quadrangular series in Potchefstroom on Sunday, May 21. They crushed the likes of Zimbabwe and Ireland and were only once really challenged by the hosts, South Africa.

India’s clinical 8-wicket victory over South Africa in the final marked their fourth consecutive ODI series win since February last year. Apart from valuable ‘game time’, what else has Mithali Raj’s blue brigade gained from this tour of South Africa?

For one, Tushar Arothe, in his first series as head coach, oversaw a successful campaign and also got a chance to spend time with the team, getting to know the players ahead of his biggest assignment. Three weeks may not be enough time to make a significant mark on the team, but Arothe will be happy to have had the opportunity to steer them in the direction he sees fit going into the World Cup.

For India, the biggest story of the tournament was the continued rise of Deepti Sharma. The 19-year-old all-rounder, who bagged the Player of the Tournament award, scored 318 runs and took 12 wickets in 7 matches. Her run-tally included 2 half centuries and her maiden ODI century — a mammoth 188 against Ireland, the second-highest score in Women’s ODIs.

Sharma, who has stepped up to become India’s first-choice opener in the absence of Smriti Mandhana, has shown steady improvement since her elevation to the top of the order against West Indies in November last year. In 14 innings batting in the top 3, Sharma has accumulated 642 runs at an average of 53.50. Her willingness to drop anchor and play the long innings has stood out, and her ability to press the accelerator once she has settled down has certainly helped her cause.

While Sharma has shown through the course of many knocks that she is quick between the wickets, the fact that she tends to get stuck at one end at the start of the innings could be a problem against high quality teams. In that effect, the World Cup will be her biggest test — alien conditions against the best teams in the world.

More than her batting, it is Sharma’s bowling that has brought a great deal of stability to the Indian team. As an off-spinner, not only has she given the attack a bit of balance, but her genuine all-round abilities mean that the Indian team has the luxury of playing an extra batter if they feel the need.

Punam Raut, Sharma’s opening partner, also had a rather successful series. The right-hander scored 272 runs in 6 innings, including a century and an unbeaten 70 in the final. If her strike rate is anything to go by, she took the attack to the new ball bowlers and played in the ‘dominant’ style she always wanted to. Raut’s triumphant return to the international circuit after more than a year has given India much to think about: whom among Sharma, Mona Meshram, Mandhana and Raut will they play?

As far as the bowling is concerned, India’s strength has traditionally been its spinners. The fearsome foursome of Ekta Bisht, Rajeshwari Gayakwad, Poonam Yadav and Sharma spun webs around the opposition batters, taking 36 wickets between them, but it was the pace duo of Jhulan Goswami and Shikha Pandey that really impressed. The pair took a combined tally of 20 wickets, 11 of those belonging to Goswami’s junior partner.

Raj called on her pace duo whenever an opposition partnership was forming, and they invariably struck gold. Heading to England where conditions are likely to suit the fast bowlers, India will be happy that their pacers have settled into a good rhythm.

On another note, Goswami will be doubly thrilled that after months of waiting, she has finally gotten the weight of ‘the record’ off her shoulders. Going into the World Cup without any extra pressure and being able to bowl the way she wants will certainly be a relief to India’s spearhead.

All this aside, the most important gain for India, not from just this series, but the last 15 months, has been that they have learnt how to win. Winning is a habit, they say. Once you get on a roll, it is hard to stop. Losing is quite the same.

Raj’s team have not only understood how to win, but they have also found a way to win without putting too much pressure on their ‘star players’. Every member of the team has contributed to victories over the last few series, and that is what will stand India in good stead.

After the 2016 World T20 debacle, Raj spoke of her team’s inability to handle the pressure because they had not played enough. That is one thing this squad cannot complain of. The core has been together for a little over two years, and they have started to make it a habit of winning. India will not only go into the World Cup with momentum behind them, but also a great deal of confidence. After all, they know what it feels like to win and it is unlikely they will want to forget the feeling anytime soon.

Ananya Upendran is a self-confessed cricket tragic, who both plays and writes about the game. She is an India A and Hyderabad allrounder. She tweets @a_upendran11.
First Published on May 23, 2017 3:56 PM IST
Last updated on May 23, 2017 3:56 PM IST
TOPICS:
Ananya Upendran Deepti Sharma India India Women Jhulan Goswami Mithali Raj Opinions Smriti Mandhana 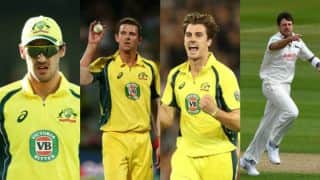 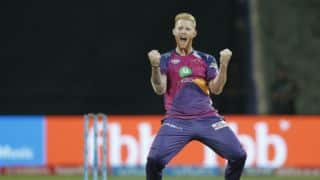