Unfortunately, not many have been witness to this fine series.

The five-match Women’s One-Day International (ODI) series between India and New Zealand has been an absolutely refreshing experience in tons of aspects. The quality of cricket has been marvellous, conditions have favoured bowlers and passion has been as high as ever. Most importantly the series has been played in exemplary spirit.

Unfortunately, not many have been witness to this fine series. ODIs played in India usually attract full houses. However, this hasn’t been the case during this series with the stands having just a spattering of people. The indifference to the series spills beyond the field into social media where not a single match has managed to break into the top trends in India or New Zealand. India Cricket Team Football XI

Cricket matches involving these countries invariably become topics of hot discussion in the respective countries and enjoy the top spot on Twitter trends. Is it not strange, then, that this particular series has struggled to garner even remotely the same amount of attention?

But don’t despair, we’re not even talking about serious cricket here. It is after all just the women cricketers who continue to remain neglected even in the 21st century. MS Dhoni, AB de Villiers, Brendon McCullum to feature in ABCD 3

The sheer level of neglect women’s cricket suffers as compared to their male counterparts, who become often become the centre of their country’s attentions, is distressing. But what is most upsetting is the subtle hypocrisy of masses that comes to forefront when they practise such indifference to women’s cricket and sport in general.

People jump at any opportunity to accuse media of neglecting or objectifying women (rightfully so). But when media organisations take the step to showcase women’s sport (it’s being covered on our website and broadcast on Star Sports) the people have conveniently turned a blind eye. Audiences guilty of ignoring sporting events of the gentler sex are just as responsible for the plight of women athletes as are the media organisations they blame. Sachin Tendulkar: statistically the best No. 4 batsman of all time?

While the scintillating series between the Women In Blue and White Ferns has gone largely unattended and uncared for so far, there are still a couple of matches to go; if you decide to follow them, you won’t be left disappointed. Here are the reasons why:

1. Refreshingly low-scoring: Women’s cricket series are played on a single venue. For example, all matches of the ongoing series are being played at Chinnaswamy. The stadium is reputed for producing belters, but it has been the complete opposite this time. There has been a nice coating of grass, and bowlers — both seamers and spinners — have made merry. With more matches in men’s cricket becoming ultra-batsman friendly, it has been a welcome change to see bowlers do well. Highest team totals after losing a wicket on the first ball of a Test

2. Passion: As mentioned earlier, the stands have been empty throughout the series. There’s no doubt that women athletes feel hurt by the indifference. But once they are on the field all is forgotten and the attentions are trained solely on the cricket. They are full of vim and vigour. The passion for the game among the ladies gracing the field is no less than that of men.

3. Skill: Had it been passion without skill, we would not have urged you to take note of the series. However, skill is in abundance among the women. The ladies play fantastic cricket, though most of them hold careers out of cricket, since unlike their male counterparts most women athletes are not fortunate enough to make a career only playing sport. Moreover, the skills on display are vastly different from those you see in the men’s game. Balls are flighted above head level, there are immaculate off-cutters, and even the slogs are executed with a touch of grace; things are different in women’s cricket but just as entertaining. Bangladeshi advertisement mocking India a blot in their rise in international cricket

4. Spirit: One area where the series most certainly earns points over male cricket is the spirit in which the game has been played. The women have played hard and thrown themselves in the outfield to and have maintained intensity, but there has not been a single moment of heated exchange or abuse.

5. Encouragement: The response may have been sparse, but broadcasters have at least decided to showcase a women‘s cricket! However, if they continue to receive such (non-) response from audiences they may well call an end to the venture in search for greener pasture (read: men’s sports). Women’s sport will be further sidelined. 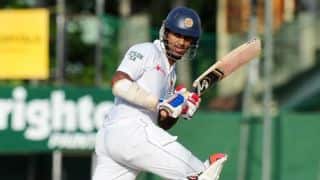