“From the headquarters of film industry, comes the finest script,” tweeted Harsha Bhogle after Chennai Super Kings (CSK) entered their seventh IPL final in the just-concluded edition. Well, CSK’s PR team could actually convert the team’s fairytale IPL 2018 comeback into a Bollywood script and a blockbuster one, at that.

CSK’s two-year ban due to spot-fixing scandal had left fans stunned. After all, they are undoubtedly the most-loved IPL franchise (Mumbaikars would ignore for obvious reasons).

After spending two years licking their wounds, the CSK team management arrived at the auction with a plan. They retained their core players and built a side around experience and young blood. After the auction, the Yellow Brigade was ridiculed as “Daddy’s Army” (they had nine players over 30, their average age being 34).

CSK turned what was supposed to be their drawback into their strengths. They joined Mumbai Indians (MI) to become the joint-most successful IPL franchise. Both sides have three championships each, but CSK’s latest triumph will go down in IPL history as the best-ever comeback.

They even lost their home ground and set up base in Pune. That obviously hurt fans in that part of India, for whom cricket and its cast are just like their film stars larger than life. But CSK lived up to all hype and emotions surrounding their readmission into the tournament. In fact, they have never disappointed their fans.

The path to redemption

Teams (or athletes) are known to have bounced back after hitting rock bottom. It is often the crisis which reminds an individual, or team, their true potential and they thrive hard to regain the lost pride. The CSK management’s unceremonious involvement in 2013 spot-fixing saga led to their ouster from 2015 to 2017. MS Dhoni and co. were a determined lot who wanted to earn their stature back, and pay a fitting tribute to their ever-loyal followers.

Collective effort at its best

The tournament opener saw CSK take on their archrivals MI at their den. Dwayne Bravo’s all-round show rescued CSK as Dhoni was lamenting on the quantum of loss at one stage. New recruit Sam Billings won them a game against Kolkata Knight Riders (KKR). Suresh Raina didn’t seem to have a glittering campaign by his standards, but he still finished with 445 runs at 37.08 with 4 fifties. churned out valuable knocks or cameos during ‘repair stages.’ Dhoni, with 445 runs at 75.83 with a strike rate of 154, batted like his old self. And Ravindra Jadeja, after a poor start, revamped his campaign to end at an economy of 7.39.

Harbhajan Singh and Imran Tahir picked up few crucial wickets in the middle overs despite being off colours for most parts. Deepak Chahar’s swing was the talk of the season; he continued his good work even in the business end of the season after battling an injury.

Men behind the scenes

“Throughout the back end of the tournament I was hanging on for dear life, Stephen Fleming and MS Dhoni have been looking after me really well and I am really glad to contribute like I did tonight,” admitted Man of the Match Shane Watson after taking CSK to the title.

Through the course of the tournament, Bravo, Billings, Raina, Chahar and even Dhoni (with his back spasm) carried niggles or minor injuries, but didn’t miss out for long. The team management’s work ethics surely kept the players in good shape during a hectic tournament.

Men behind the scene!! From guiding us to taking care us of at each and every stage of this hectic tournament. A big thank you to all of them. @ChennaiIPL pic.twitter.com/gC30shS0yi

Dhoni is a man of few words. The phrase “Baat karni chahiye, bolne se mann halka hota hai (One should talk it out, it lightens the mind)” even made its way to his biopic, but he has been the same throughout his career.

Ravichandran Ashwin and Jasprit Bumrah, at various points, have spoken about Dhoni’s brief team-meetings as well. Even Ashish Nehra pointed out how during the 2011 World Cup, Dhoni the first lengthy team meeting only ahead of the quarter-finals. In short, he speaks when it matters. But even Dhoni remained vocal throughout IPL 11.

Recall his quotes from CSK’s group-stage defeat against Rajasthan Royals (RR) at Jaipur: “We had to bowl one particular length and the bowlers were instructed on what they need to bowl and where they need to bowl. That back of the length was a difficult one to hit. We at least got hit 4-5 boundaries off full length. What really happens is once you are told what to bowl, you need to be bowling to that area. They need to commit and execute. It is not the planning but the execution that goes haywire.”

CSK are a polished franchise because Dhoni, Fleming and their brigade have been smart enough to work on their drawbacks and improve on them as the tournament progressed. In fact, after CSK’s progress to the finals, Dhoni was quick to address that his side knows where it went wrong for them in the previous defeats in the final.

No, the CSK camp didn’t panic for once even when they were 10 for no loss in 3 overs in pursuit of 179 in the final.

CSK didn’t enjoy the luxury of home comfort. They didn’t have an above par bowling unit (it was moderate at best). The fielding, as expected from a side with a higher average age, was sub-par at times. They do not boast of an Orange or Purple Cap holder either.

However, Dhoni is known to derive the best of his resources, spread calmness in tight situations and keep the troops hungry for more success, especially while coming out of adversity (he had led India to the 2007 World T20 and the 2013 Champions Trophy titles despite the odds).

Dhoni, his experienced campaigners and CSK’s team management proved, yet again, that hunger is the best appetite for more success. Surely, this IPL was meant to be CSK’s. 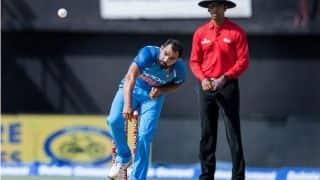 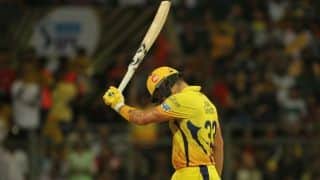