4 times CSK have beaten Sunrisers Hyderabad (SRH) in IPL 2018. This is the first instance of a franchise beating another four times in a tournament.

4 times Ambati Rayudu has featured in an IPL-winning side, the joint-most by anyone. Rohit, as mentioned above, has also done it 4 times. Karn Sharma (3 wins in 3 final appearances) also deserves a mention.

4 times CSK have beaten Sunrisers Hyderabad (SRH) in IPL 2018. This is the first instance of a franchise beating another four times in a tournament.

4 hundreds for Shane Watson in IPL, the joint second-most in history. Watson has scored 2 hundreds for each of Rajasthan Royals (RR) and CSK. Chris Gayle holds the record with 6 IPL hundreds, while Virat Kohli also has 4.

127 highest score in CSK history, by Murali Vijay against RR in 2010. Watson registered their 2nd-highest score. Watson also scored 92 only in boundaries (11 fours, 8 sixes), the 2nd-most for CSK, after Vijay s 98. Watson also became the 2nd CSK batsman to score 2 hundreds (after Vijay).

735 runs for Kane Williamson in IPL 2018, the most by anyone if one ignores the 2016 edition. Kohli (973) and David Warner (848) had both scored more than Williamson, but both in 2016. Interestingly, Kohli, Warner, and Williamson were all leading their respective sides.

33 stumpings for Dhoni, the most in IPL history. Dhoni stumped Williamson off Karn Sharma to go past Robin Uthappa.

536 runs conceded by Siddarth Kaul in IPL 2018, the most by a bowler in a single IPL edition. Kaul went past Dwayne Bravo, who set a new record (533) earlier today. The record previously belonged to Umesh Yadav (508 in 2013).

176 IPL matches for Suresh Raina. He maintained his lead over Dhoni (175).

97 IPL matches for S Ravi, the most for any umpire. 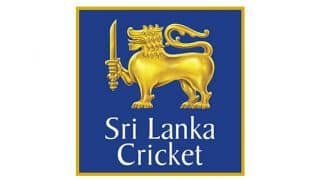