Three-time IPL champions Mumbai Indians endured one of their most forgettable seasons last year when a string of losses in the first-half of the tournament, left them playing catch-up. Eventually, MI lost their do-or-die encounter against the Delhi Capitals and were eliminated before making the Playoffs. (READ: Hurt MI seek record fourth title)

As per owner Akash Ambani, any season in which MI do not qualify for the playoffs is considered a failure for the franchise. With the core group remaining pretty much the same, expected a wounded MI to pull out all the stops to reclaim their dominance. For that, we’ve listed five key players who promise to play a huge role in reviving MI this season.

Each season, MI have struggled to figure out an opening combination they can rely on. But last year, one piece of that puzzle seemed solved with the emergence of Suryakumar Yadav. He was the shining light for Mumbai Indians amid their gloomy season in 2018. Beginning the campaign in the middle order, Yadav was tasked with the responsibility of opening the innings, and he responded to it by scoring four half-centuries, becoming the fourth-highest run-getter for batsmen playing 14 matches. Surya combined with Evin Lewis to form a strong opening pair, and even though the West Indies opener failed to capitalise on his opportunities, Yadav made amends through his promising starts. Surya scored his 512 runs of the season at a strike-rate of over 130. Currently playing the Syed Mushtaq Ali Trophy, Yadav has already registered scores of 63 and 80, indicating that he is ready to take on the IPL challenge.

You cannot state it any simpler. When Rohit Sharma scores, Mumbai Indians’ chances of winning skyrocket. Last season, Rohit scored two half-centuries, and MI won both those games. On the contrary, when he doesn’t, MI slump. The three-time IPL winning skipper had an off season last year, with just 286 runs from 14 matches. But entering the 2019 season, MI have the confidence of Rohit’s magnificent limited-overs form for India. In October last year, Rohit became the first player in the history of the format to score four centuries. Besides, Rohit had an equally cherished run in ODIs, scoring five centuries and breaking the record for the most 150-plus scores in the format. To go with those impressive numbers, Rohit already has a century and two fifties in 2019.

During Mumbai’s season opener against Chennai Super Kings, for the first time, a batsman looked to be ahead of Jasprit Bumrah by a step. Dwayne Bravo took Bumrah for three sixes in the 19th over to change the complexion of the game. Almost a year removed from that onslaught, Bumrah has fast risen to become the best death bowler in the world. He has picked wickets everywhere England, Australia, UAE, at home against West Indies which has drawn high praises from contemporaries. Bumrah is the No.1-ranked bowler in ODIs and although managing his workload would be a concern ahead of the World Cup, Bumrah is going to be singled out as the bowler to watch out for batsmen across all teams.

Ishan Kishan, who recently struck back-to-back centuries in the Syed Mushtaq Ali Trophy to become only the second Indian to do so in T20s after Unmukt Chand, has all the makings to be MI’s X-factor this season. He was talked highly of last season before a string of low scores pulled him down mentally. But as Kishan displayed during his 62 off 21 balls against Kolkata Knight Riders just what a force he can be in the shorter format. Kishan is coming off a fruitful season with against England A, where for Board President’s XI and India A, the wicketkeeper batsmen played peeled off crucial knocks. This year though, Kishan faces stiff competition from Quinton de Kock for the wicketkeeper’s slot and it will be purely up to his batting to secure him a place in the Playing XI.

In terms of players rising through the ranks, after Bumrah, Hardik Pandya’s name comes to the mind. Before becoming an inseparable part of the Indian national team, it was his stint with Mumbai Indians which triggered Pandya’s rise. Like his teammates Rohit and Bumrah, Pandya too was off-colour for the three-time champions last season, scoring 260 runs from 13 innings with just one half-century at an average of 28.88. With the ball, he scalped 18 wickets but leaked runs at almost nine runs per over, which hurt Mumbai Indians towards the end, including four last-over defeats. Needless to say, Pandya is a vital cog in the wheel for MI.

However, his lack of match practice and injury concerns remain a glaring issue. He missed almost four months of action due to a back injury, and when he looked set to return, an off-field storm delayed his return. A handful number of matches later, the stiffness in his lower back resurfaced and Pandya was ruled out again, which makes the equation trickier for Mumbai Indians. Pandya remains a sure shot selection for India’s World Cup squad, and this season is extremely crucial for the flamboyant allrounder to find his bearings ahead of the showpiece event. 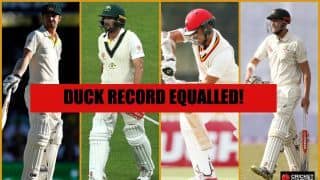