Who has hit the most sixes? Who is the leading run-getter? How many hat-tricks has Amit Mishra taken?

Since the start of the lucrative T20 league in 2008, each season has seen milestones broken and fans left thrilled by the explosive cricket on view.

Ahead of the IPL 2019 season, here’s a recap of the league’s major record-holders:

The allrounder, who has been a regular feature for three-time champions Chennai Super Kings, is the IPL’s all-time leading run-getter with 4985 from 172 innings at an average of 34.37 and strike-rate of 138.43, of which 841 came when he played for Gujarat Lions for two seasons.

Sri Lanka’s current ODI and T20I captain Malinga owns the record for most wickets in the IPL, having taken 154 from 110 games at 19.01 apiece. All of these came for three-time winners Mumbai Indians whom he played for from 2009 to 2017.

Karthik, the captain of Kolkata Knight Riders, is the IPL’s most successful wicketkeeper. In 168 games from 2008 to 2018, during which time he played for Delhi Daredevils, Mumbai, Royal Challengers Bangalore, Kings XI Punjab, Gujarat and KKR, Karthik has a total of 124 dismissals.

These are divided into 94 catches and 30 stumpings.

Karthik is followed by MS Dhoni with 116 dismissals from 175 games.

For specialist fielders (non-wicketkeepers), the most catches have been held by Raina. In 175 games, he has held onto 95 catches which is 16 more than Rohit Sharma.

Is it a surprise? Gayle, the big-hitting West Indies veteran opener, has clouted 292 sixes in 111 innings across 11 seasons of the IPL. That is by far the most, with AB de Villiers well behind with 187.

Another batting record owned by Gayle, who has six hundreds in the IPL. Kohli and Shane Watson have four each, while David Warner and de Villiers have three.

Mishra, the one-time India legspinner, has taken IPL hat-tricks on three occasions: for Daredevils in 2008, KXIP in 2011 and Rising Pune Supergiants in 2013.

The only player with two IPL hat-tricks is Yuvraj Singh (for KXIP in 2009). 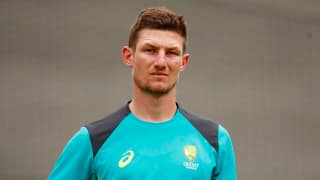 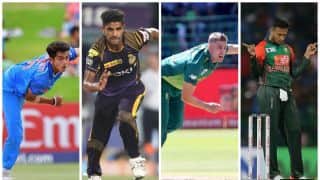