The eighth edition of the IPL was one that saw overseas batsmen dominate.

The season started off with MI losing to Kolkata Knight Riders (KKR) at Eden Gardens. It ended with MI defeating CSK in the final at the Eden Gardens. On both occasions, MI skipper Rohit Sharma scored half-centuries. READ: KKR beat MI by 7 wickets

In the 47-day contest from April 8 to May 24, the batsman with highest aggregate runs was David Warner (562) from Sunrisers Hyderabad (SRH). Unfortunately, his team couldn’t qualify for the playoffs. IPL 2015 Highest run-scorer: List of best batsmen in IPL 8

The highest individual score was 133* by AB de Villiers for Royal Challengers Bangalore (RCB) against MI. Ajinkya Rahane had the best average (49.09), and Andre Russell the highest strike rate (192.89). Warner hit the most fours (65) and Chris Gayle most sixes (38).

Let us go through the batting statistics of IPL 2015 in detail.

Most dot balls faced in an innings

Four batsmen played out 25 dot balls in a single innings in the eighth edition of IPL — Rahane, Brendon McCullum, Simmons and Chris Gayle. Simmons and Gayle did in the first and second Qualifiers respectively. Simmons had faced 24 dots in an earlier innings as well.

Rahane and Virat Kohli were the only two batsmen to take more than 150 singles in IPL 2015.

Most singles in an innings

The openers from Rajasthan Royals (RR) —Rahane and Shane Watson — took the most singles in an innings, 28 each. Kohli took 26 singles on two separate occasions.

The top two batsmen with most singles ran the most number of twos as well —Rahane and Kohli.

Most twos in an innings

The five threes run by Faf du Plessis for CSK are the most by a batsman in IPL 2015.

Most threes in an innings

Warner hit the most fours (65) and scored the most runs in the tournament (562).

Most fours in an innings

The highest individual score in the tournament also had the most number of fours — 19 by de Villiers in his innings of 133 not out. Warner hit more than 10 fours twice.

It is to be noted that of the top five, three were from RCB.

Most sixes in an innings

Gayle was the only one to hit more than 10 sixes in an innings in the tournament. David Miller hit 9 sixes and just 2 fours in his innings of 89* off 44.

Virender Sehwag and Manoj Tiwary were the only batsmen who played more than 50 balls without taking a two in the tournament.

# Anureet Singh scored the most number of runs without hitting a four — 18 (though he hit a six).

# Hanuma Vihari scored the most number of runs without hitting a six — 39.

# Duminy scored the most runs in an innings without hitting a four — 44* off 38 with three sixes for DD against RR.

# Rahane scored the most runs in an innings without hitting a six — 62 off 56 with nine fours for RR against SRH.

The 562 scored by the Warner is the lowest for any Orange Cap winner in IPL. The only other batsman who won the Orange Cap aggregating less than 600 runs was Matthew Hayden in 2009 (572) runs. 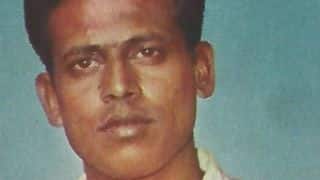