India are finding it extremely difficult to win away series due to a poor bowling attack.

India’s woes in the fast bowling department persist, and surprisingly, the Board of Control for Cricket in India (BCCI) and the Indian think tank seems to be paying absolutely no attention to it. Resultantly, the team is being humiliated every now and then. India’s fortunes in international cricket will not change much till the time the fast bowling department doesn’t get the necessary attention it deserves. Devarchit Varma has more…

England has David Saker. Australia has Craig McDermott. South Africa too has a fine bowling coach in Allan Donald. The performances, the results that these teams produce explain how important it is to invest in a good bowling coach and well-functioning bowling machinery, as these are the teams that have the potential of winning in any part of the world today. Team India, on the other hand, does not win outside India and even struggle against quality sides in their own yard because of a simple reason — they do not have a quality bowling attack.

It is time the BCCI and the Indian management understand the need of having a quality pace attack, which might help them end their disastrous run on foreign tours. Indeed, a poor quality attack is one of the strong reasons of not excelling outside as the batsmen need support. At this junction, proper investment in the bowling department is the need and India cannot afford to slip anymore.

Joe Dawes has been the Indian bowling coach since February 2012 — the end of the disastrous tour of Australia. One cannot fail but notice the impact that was created by the Australian bowlers in the four-match Test series under McDermott, as the Indian batsmen were struggling to find their feet on the tracks where some of them had flourished in the past. Those who closely observed the Test series can recall that the Australian bowling department performed at its best and much of it was planned by McDermott, and executed by his bowlers.

While Dawes’s appointment in place of Eric Simons was a welcome move back then, the Indians have certainly not made a big improvement in this regard. While the present bowling attack consisting the likes of Zaheer Khan and Ishant Sharma has failed to find a definitive pace spearhead, on most of the occasions young pacers such as Mohammed Shami and Bhuvneshwar Kumar have had lead the attack. This is not the only area where India have failed; teams such as Australia, South Africa and England have well-drafted policies and strategies, and they have a good bench strength which also secures their future.

India are lagging way behind in all these processes. They do not have a good pace spearhead as the decline of Zaheer has not only been a cause of concern but the way Ishant has went about his role in the Indian side is also questionable. Zaheer has indeed made an impressive comeback in the last couple of Tests, taking as many as 16 wickets on the tours of South Africa and New Zealand, but his longevity in international cricket has been questioned by many and India need to start looking for an alternative. Ishant has not only been erratic and undisciplined, but his rejection of the role of becoming the pace spearhead has hurt India’s cause deeply.

Amid all this, the BCCI must categorically study the role of Dawes as the bowling coach. How much progress has been made under him? How much of planning is done ahead of any big series and how much is he able to extract from his bowlers, must also be asked.

India’s fortunes in the bowling department lie heavily on the steps that will be taken in near future. There is no dearth of talent, but if that is not utilised properly then India will find themselves in a very difficult position. India are already in a tough situation currently and detailed analysis of the bowling department as well as the role of Dawes must be taken into consideration. 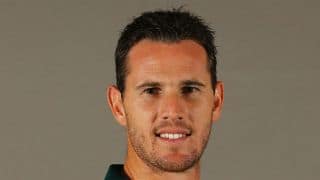