India have used 10 different opening combinations since 2011 and they average a paltry 32,75

India’s opening pairs have averaged only 32.75 since June 2011. Compare that to the period between July 2008 to January 2011, when India climbed to the No 1 spot in the Test rankings, the same number read 65.11. Nishad Pai Vaidya examines a few numbers that reflect India’s struggle at the top.

Virender Sehwag and Gautam Gambhir were India’s torch-bearers in their march towards the summit of the Test rankings. From July 2008 to January 2011, they averaged 60.69 with eight century partnerships to show — often setting up games with some great partnerships upfront. However, their form fell away thereafter and two years down the line, both found themselves out of the side. Since then, India have tried to find a successful combination at the top but apart from the occasional sparks from Murali Vijay and Shikhar Dhawan, they haven’t settled on a pair that can take them through in the long run.

Here is an important statistic that puts things into perspective: India had used only three opening combinations from July 2008 to January 2011. Gambhir and Sehwag were the settled pair and Vijay came in only when the former was injured. Rahul Dravid was a part of the third pair with Gambhir, which was only used once. That was a mark of stability and one of the aspects that helped India win Test matches consistently.

But, compare that to the period after January 2011: India have fielded as many as 10 pairs — some were forced considering injuries. Let us have a look at the statistical comparison of India’s opening stands in the two phases:

The gulf is evident in this table. India’s opening combination have averaged only 32.75 with only three century stands. Now, let us have a look at the records of each opening pair India have used since June 2011:

Only five out of those ten pairs were designated openers. Gambhir-Sehwag, Abhinav Mukund-Vijay, Dhawan-Vijay, Vijay- Mukund and Vijay-Gambhir were chosen for the job. Dravid and Cheteshwar Pujara had to step in for a few games only due to necessities. Dravid had to don the role in England when India were without both Sehwag and Gambhir. Pujara had to take up the job during a few home Test matches. Keep those occasional pairs out and you can see that the nominated pairs haven’t quite been consistent. Though Vijay and Dhawan average a decent 42.47, a bulk of those runs came in their maiden outing in tandem.

With the recent failures in England, India would perhaps rethink. Gambhir may have played his last Test and Sehwag’s time may have come up. Dhawan and Vijay should be India’s frontline pair once they get back home. However, they may want to examine their options with the Australia tour coming up. For now Vijay may be in the safe zone, but Dhawan has to work on a few areas. 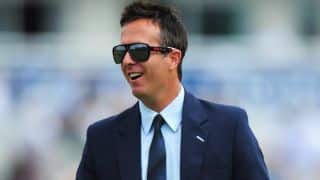 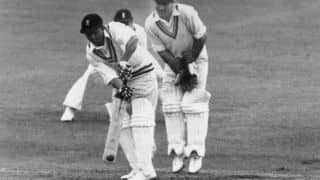