India were a side who took a long time to adapt to the One-Day International (ODI) format and when they adapted, they became the first team apart from West Indies to lay their hands on cricket's most coveted trophy the World Cup.

They were a side who took a long time to adapt to the One-Day International (ODI) format when they adapted, they became the first team apart from West Indies to lay their hands on cricket’s most coveted trophy the World Cup. It has been 42 years since India played their first ODI. The venue was Headingley in Leeds, opposition was England, who chose to field. India put up a good show, posting 265 runs. Captain Ajit Wadekar and Brijesh Patel scored 67 and 82 respectively. Riding on John Edrich’s 90, England won by 4 wickets.

India have come a long way since then as they became the first team to play 900 ODIs. The first ODI against New Zealand at Dharamsala marked the occasion. Forty-two years, 900 ODIs, 455 wins and 399 losses, India have won two World Cups and laid their hands on the Champions Trophy twice (the 2002 Trophy was shared by India and Sri Lanka). On Sunday, when Hardik Pandya received his ODI cap from Kapil Dev, he became India’s 215th cricketer in this format. On this occasion, Suvajit Mustafi presents you India’s all-time ODI XI. Choosing cricketers across eras and comparing them against one another isn’t easy. The methodology applied here was a voting system and the weightage of points, similar to what we had done for the Test side.

Agreed, it is a sin to separate ODI cricket’s most successful opening pair of Sachin Tendulkar and Sourav Ganguly but if Virender Sehwag has to play in this side then ‘opening’ is the slot.

He may be entertaining in Hindi commentary or redefining celebratory tweets, but it is just an extension of what he did on the cricket field. The game has not seen many entertainers like him.

One of the most impactful cricketers in the history of the game, Sehwag is one of the true reasons for the team s upward climb in the last decade. His numbers in ODI cricket do not do proper justice to his ability but his strike rate is the indicator on the impact part. In 2011, he scored 219, which stood as the then highest ODI score of all time.

Starting as an off-spinner all-rounder, his seniors believed that he had the ability to be a top-notch all-rounder but perhaps opening the batting in Tests took a toll. Otherwise, Sehwag has turned matches with his crafty off breaks.

No man has this many runs, no man has these many hundreds, no man has won this many games. One does not need to explain the reasons for this selection. Any Indian all-time side would feature this name as the first one. Standing at 5″4, this giant could conquer the best.

Perhaps Viv Richards, Sanath Jayasuriya and Tendulkar were the men who redefined batting in one-day cricket. With a plethora of world records in his kitty, quite fittingly, Tendulkar in 2010 became the first man to score a double hundred in ODIs. Adding to his unmatched batting skills, he has been more than handy with the ball too spinning it both ways and also bowling the seam up if required.

With India’s greatest batsman and Sehwag, at the top, the top order looks lethal.

Notable Exclusions: Shikhar Dhawan, Gautam Gambhir and Rohit Sharma. These men have been exceptional at top and in times to come Dhawan and Rohit will pose a threat to Sehwag’s place. But for now, Sehwag-Tendulkar is the order.

Dada, Prince of Calcutta, the God of off-side, Lord Snooty or call him anything. Ganguly’s career is filled with folklores, extravagant off-drives, massive sixes, otherwise doubters and controversies. This mix makes him an interesting character, who has contributed immensely to the rise of Indian cricket.

One of India’s finest captains, Ganguly also happens to be one of the finest exponents in the ODI format. Often he matched up to Tendulkar’s brilliance and often surpassed him too.

Ideally, he should have opened with Tendulkar, but with Sehwag, Ganguly is a fit at No.3 to give the side a much-needed balance. In fact, Ganguly’s average touches 53 at this position and his ability to toy around with spinners makes him a fit at this slot.

Ganguly’s intelligent seam bowling to has swung many games in India s favour and if required, the team has the option of him as their fourth seamer. He is the vice-captain of the side.

Sorry Virat Kohli, No.4 is the spot for you.

It is a matter of time before Kohli is officially tagged ‘the greatest batsman in limited-overs cricket’. His appetite for runs is unmatched. His averages in excess of 50 and mind you, they are not boosted with not outs.

Early in his career, he was boorish at times but his maturity and hunger for wins are well reflected in his approach. Kohli is amongst the fittest cricketers, an excellent fielder and already the Test captain, the ODI captaincy is around the corner. In this team, Kohli is the perfect fit in the No.4 slot.

Mohammad Azharuddin beats Rahul Dravid to this slot. Dravid has an exceptional record in ICC events too but Azhar has drawn more votes for to his versatility. At his peak, Azhar s batting was a treat to watch. Excellent in building innings, Azhar could change gears at will and often stood tall in crisis situations. A good captain, Azhar was amongst the finest slip fielders.

Effortless and brutal, Yuvraj Singh has been one of India s finest limited-overs cricketers. He embodied a new generation of Indian cricketers, who dived at will and never said die.

The hero of the ICC World Cup 2011, he has won numerous matches for India. He is more than effective with his left-arm spin and is a brilliant fielder. His never dying attitude is an inspiration to all sportsmen and his return to the sport after being diagnosed with cancer is a testimony to that attitude.

Notable exclusions: Dravid and Suresh Rania. It was tough to leave out someone with over 10,000 ODI runs but Azhar’s versatile batting and ability to soak pressure and accelerate at will gives him the edge. Similarly, Raina has been a vital cog in India’s ODI fortunes but with Yuvraj around, he fails to make the cut.

One of ODI cricket’s greatest, MS Dhoni is amongst the first names that you pick in India’s all-time sides. An advertiser’s dream and poster boy of Indian cricket, Dhoni is an impact cricketer and one of the best finishers in the game, if not the best. When it comes to the batting order, he is flexible and behind the wickets, he is a safe bet. An outstanding leader, Dhoni has been chosen the captain of the side and his record is a testimony to his leadership ability.

Dhoni has defied all logic of batting technique and has still emerged as a great of the game. The emergence of Dhoni has taken Indian cricket to a different level. The batting wears a dominant look with one of the best batters in the side at No.7.

No all-time Indian team is complete without Kapil Dev. Peerless, he is the greatest fast bowler and all-rounder India has ever produced. He is India s first World Cup-winning captain and was voted as India s greatest cricketer of the 20th century. His 175 not out against Zimbabwe in the World Cup 1983 is regarded as one of ODI cricket’s finest knocks.

Adding to his swing bowling and attacking batting, Kapil was also a brilliant fielder. His catch to dismiss Richards in the World Cup 1983 final is etched in every Indian cricket fan’s heart.

With him at No.8, the batsmen can play at ease. Kapil will also start the proceedings with the new ball.

Notable misses: We can mention the names like Mohinder Amarnath, Irfan Pathan and Manoj Prabhakar but these men Dhoni and Kapil are just peerless.

India’s best left-arm pacer ever, Zaheer Khan perhaps is the most skilful amongst all pacers who have played for the country. No wonder someone like James Anderson has admitted that he has learned the art of hiding the ball from Zaheer.

At one point of time in his career, Zaheer was the best fast bowlers in the world. He knew how to take the big wickets and stepped up during major events which is well reflected in his record at ICC events.

When he started, he was more into the Waqar Younis mould, bowling quick and darting yorkers, however, with injuries hampering his progress, he became more of a thinking bowler who could control all the makes of the balls, making them talk and excelling in flat subcontinent tracks. Zaheer will be the first change bowler in this side.

At his best, Javagal Srinath could dismantle many line-ups. The best part about this man was he always tried hard. Srinath was the bridge in between Kapil and Zaheer as he spearheaded the attack for many years. He was one of the heroes for the side in their successful run in the World Cup 2003.

Srinath possessed an effective inswing and could bowl extremely fast. In this side, he will partner the new ball with Kapil.

Current coach and India’s most successful bowler Anil Kumble makes the cut ahead of Harbhajan Singh. A workhorse, Kumble for many years was India’s go to man in the bowling department. The mix of his fast leg-spins, flippers and the odd googly helped India register many wins, most notably the Hero Cup final in 1993.

Kumble will partner the spin attack with the part-time likes of Yuvraj, Sehwag and Tendulkar.

Notable misses: Ajit Agarkar and Harbhajan. Agarkar was a genuine wicket-taker with a very good record. In presence of Zaheer and Srinath, he misses the cut. There is not much to choose between Kumble and Harbhajan Singh, however the former has a better record. With part-time off-spin option of Tendulkar and Sehwag available, it makes sense to pick the champion leg-spinner Kumble ahead of Harbhajan.

Extremely talented and at his peak, Harbhajan was good enough to keep Kumble out of the side. It was tough to keep him out as he always gave you the feeling that a magic is around the corner.

His doosra bamboozled the best and he enjoyed many famous rivalries with the top-notch Australian side, often getting under their skin. In conditions favouring spin bowling, Harbhajan can walk into this side ahead of Srinath and partner Kumble, strengthening the spin department. 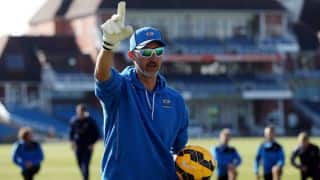 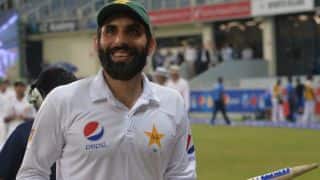