India haven’t boasted of a strong pace attack, but the ability of batsmen to cover up has often taken India home. Abhijit Banare argues that the misfiring batting line-up further pushes the bowling worries for India.

When Bhuvneshwar Kumar bowled that sensational delivery that swung back in to Mohammad Hafeez to dislodge his stumps in the first match, the Indians were elated, it was ages since they saw someone swing the ball that big. In the eight months since then, everything in the bowling attack seemed like gold. And there was a new hope of a refreshed Indian pace attack who were not going to get bogged down easily. There was Umesh Yadav, Jaydev Unadkat, Mohit Sharma, Ishant Sharma (considered senior then!), Mohammed Shami. After the Champions Trophy, the selectors could even afford to send a second string pace line-up to Zimbabwe and yet got the results they desired for.

But few months down the line, tables have turned and MS Dhoni admits that he is not sure about the pace attack for the World Cup. The same bowlers who made an impressive start have been blunted in a short span. One of the favourite pastimes of statisticians on Twitter since few months is tweeting about the number of occasions the Indian bowlers have conceded beyond 300 runs. After a point of time, it has become too stereotypical to discuss the same old bowling woes again and again. The only thing that changes is the names of bowlers. And going by the recent performances, the number of matches is going to keep on increasing.

Is bowling really the worry?

Dhoni may be prepared for an average bowling attack, but what he or any other captain is not prepared for is an under-performing batting attack. Even before the successful 2011 World Cup campaign, the Indians didn’t have an attack to reckon with. Munaf Patel, S Sreesanth and Ashish Nehra were bowlers on whom the team couldn’t have counted to win a match by themselves. In fact, none of India’s victories in the World Cup were scripted single-handedly by the bowlers except that they did a fair job in restricting and pulling back the opposition towards the end. The worry here is an inconsistent batting attack. All the new Mr. Dependables in ODIs like Rohit Sharma, Shikhar Dhawan and Suresh Raina have faltered.

These are players on whom the selectors have fully backed to lead the batting in the ICC World Cup 2015. However, a few of those batsmen’s technical fault lines have sent out a panic signal. One such example is that of Raina. During the high-scoring Australia series, Dhoni had indicated that they are looking at Raina as the No 4 (instead of Yuvraj Singh) for India in the long run.  Just two series later, Raina isn’t in the playing XI and Ajinkya Rahane is being tested as the New no 4. The same goes for the confidence with which Dhoni promised that he has a settled team ahead of the series and four matches later, the fear of an uncertain pace attack starts haunting.

The only solution ahead for Dhoni and co is to set the batting in place and let the selectors do the task of choosing the bowlers. On a broader sense, India are most likely to go with a similar batting attack for the marquee tournament. So it makes sense to focus on issues that are a certainty than worry about bowling which still sounds like an ambiguous project that may move well beyond the World Cup. 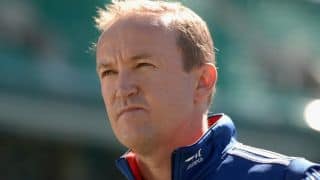