Analysing the three coaches' contributions to Team India's success over the past two years.

After the reappointment process of Ravi Shastri as head coach of the Indian cricket team for two years, the BCCI has started the procedure of selecting the members of his support staff.

And while a major rejig to the present staff is unlikely, the support staff – chiefly batting coach Sanjay Bangar, bowling coach Bharat Arun and fielding coach R Sridhar – may have reason to be concerned until the final results are announced.

The four-day procedure started on Monday and the results will be announced on August 22. The chief selector MSK Prasad and his colleagues are interviewing the shortlisted candidates for five posts India’s batting coach, bowling coach, fielding coach, trainer, physiotherapist and administrative manager.

Before the present coaching staff gets to know its fate, here’s a look at how they impacted India over the past two years:

The former India allrounder had joined the backroom staff in 2014, just a year after he retired from cricket. Bangar came in as the batting coach and was elevated to the post of assistant coach in 2017, when Shastri made his comeback as head coach. Bangar also served as interim head coach on the tours of Zimbabwe (in 2016) and the West Indies (in 2017). Out of the three members in India’s support staff, Bangar isn’t the favourite to retain his place.

Here’s a look at his coaching stint –

Rishabh Pant – Never had an Indian wicketkeeper-batsman scored Test centuries in both England and Australia. Pant, during his first tours to the countries, did just that.

An injury to Wriddhiman Saha saw young Pant being fast-tracked to the Test team and he made his debut in Nottingham. He scored a century in his third Test at Kennington Oval, London.

No 4 – The number four batsman remains the biggest unsolved mystery of Bangar’s tenure. Yuvraj Singh last played for India in 2017 and till now, India do not have a dependable batsman to bat at that position. KL Rahul was entrusted with the job to hold the middle order during the 2019 World Cup but an injury to Shikhar Dhawan against Australia saw him move up the order to open.

Ideally, Rahul would have moved back to No 4 when Dhawan was back for the West Indies series. But he wasn’t even in the playing XI in any of the three ODIs.

Ajinkya Rahane and Ambati Rayudu Rahane and Rayudu, at different times in 2018, were backed by Kohli to be India’s No 4 but neither made it to the World Cup squad. Call it poor planning or the perils of continued chopping and changing, but India are yet to find a viable No 4 option.

Dinesh Karthik Prior to the World Cup, Karthik averaged over 100 in chases since his comeback in 2017. With MS Dhoni‘s abilities as a finisher rusted, Karthik could have been the man to do the job at the World Cup. Instead, he got to play just three matches, including the semi-final, where he made 6 off 25 balls. A consistent run during the World Cup could have made a difference.

Shreyas Iyer – He showed immense confidence with the bat in the last two ODIs against West Indies, assisting Kohli well. Iyer has shown signs of being the middle-order batsman that India need. With four half-centuries in seven innings at a strike-rate of 105.81, the Mumbai batsman has shown that he belongs to the highest level. Now it’s the responsibility of the coach to manage him well in the long run.

The present pool of Indian fast bowlers in Tests can be compared to any fiery bowling unit of the past. Even the seniors aren’t confirmed to get a place in the playing XI due to the healthy competition among pacers. The present bowling unit can be rated as the best that India have ever had. Arun deserves credit for developing this pace attack.

Here’s a look at his stint as India’s bowling coach so far:

Jasprit Bumrah The right-arm pacer has to be the biggest find of Arun’s tenure. For the first 23 months, it looked like Bumrah might only be India’s key bowler in white-ball cricket, but the team management sprung a surprise in South Africa by handing him his Test debut in the first match of the series, where he reaffirmed the trust by picking four wickets.

In three Tests, he pouched 14 wickets, two less than Man of the Series Vernon Philander. There has been no looking back since then and Bumrah has become the world’s best pace bowler across formats.

Ishant Sharma When Arun took over before India’s tour of Sri Lanka, Ishant wasn’t even a regular in the playing XI. He was benched for three Tests in Sri Lanka.

He was always known for bowling economical and long spells but for lesser rewards. Under Arun, Ishant changed that perception and topped the charts for India with 18 wickets in England. In Australia, he got 11 wickets in three Tests, leading the pace attack on both the tours.

Mohamed Shami His personal life problems had a deep impact on his career in 2018 as Shami, the highest wicket-taker for India in South Africa, was dropped for the Afghanistan Test after failing the yo-yo Test. Bringing the best out of him was the toughest challenge for the bowling coach. With 16 scalps, Shami was the second-highest wicket-taker in England and in Australia, he got 16 wickets. A large credit also goes to trainer Shankar Basu to keep Shami in the best shape.

Umesh Yadav Making his comeback in white-ball cricket for the England tour in 2018, Umesh was expected to deliver results and book a return ticket for the World Cup. In two ODIs, he went for 133 runs and took three wickets. In T20Is, Umesh managed five wickets but conceded runs at 8.75 per over. He has just played two ODIs since the England tour.

Juggling between formats, Umesh has lost his place in India’s playing XI in Tests as well. He got to play just one Test each in England and Australia.

The sudden attraction of the coaching set-up towards legspinners saw both Ashwin and Ravindra Jadeja lose their places in ODIs and T20Is. Jadeja, due to his all-round skills, especially fielding, has made his comeback while Ashwin’s place in playing XI for Tests also looks in danger. Kuldeep Yadav might trump him in the upcoming West Indies series.

Khaleel Ahmed On occasions, Arun has explained a need for a left-arm pacer in the team. After a long time, India finally found a left-arm pacer. Khaleel also looked a likely candidate for a place in World Cup squad but Shami’s turnaround in white-ball format saw him miss out.

India have brilliant fielders in the form of Kohli, Jadeja and Rohit Sharma but under Sridhar, fielding has become a non-negotiable asset to get into the Indian team. One has to work on his fitness and fielding to be the part of the national squad. He is likely to retain his post but since Jonty Rhodes is also in the fray, Sridhar will be on tenterhooks until the result is out.

Here is how India’s fielding has been under Sridhar:

For the major part of the 2019 World Cup, India was the best fielding side. After 30 matches in the tournament, India had just dropped one catch – KL Rahul missed a chance off Yuzvendra Chahal that explains much about India’s fielding standards. It was a miraculous effort for the team to keep its fielding standards high and a large credit of it goes to Sridhar.

India’s slip cordon in Test cricket still has gaping cracks, as evident by the number of dropped catches during the tours to South Africa, England and Australia.

In South Africa, Shikhar Dhawan dropped a catch at slip to allow Keshav Maharaj score a match-shifting cameo. India lost that Test, and the next at Centurion when two catches were put down in the slips off Ashwin. In England, the problem continued. Rahane dropped catches at Edgbaston, the Ageas Bowl and Kia Oval; Dhawan spilled two at Edgbaston; and Kohli also put one down.

Earlier, during the home series against Sri Lanka in December 2017, Kohli dropped a catch and Dhawan two in one Test.

Work in progress: As Sridhar called during the World Cup, Bumrah is a work in progress and will need time. Although his direct hits are unmatchable. So is the case with Pant, for obvious reasons that he is a wicketkeeper. 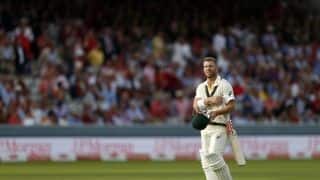 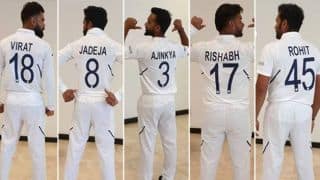