India need to sort out issues quickly or it could affect their 2015 World Cup preparations.

The loss against New Zealand may be too early to judge India’s performance, but the defeat was more about India’s inability to take control of the situation than the Kiwis snatching it away. Abhijit Banare explores a pattern that has been common in India’s defeats recently.

Before the loss in the first One-Day International (ODI) at Napier against New Zealand, India were outclassed in two more ODIs in South Africa. Though the conditions and opposition were different, the Indians have started to show a pattern in their defeats.

a) Rohit Sharma struggles at the start

b) Suresh Raina’s discomfort against the short ball

c) The bowlers, especially Ishant Sharma, struggle to keep the runs down

For once, everyone was relieved to see a matured Rohit putting a heavy prize on his wicket. Since the ICC Champions Trophy 2013, India were delighted to have a new opening partnership which had set the stage on fire. But barely six months since then, both of them are struggling to live up to their expectations. Rohit’s tentativeness against the swing bowlers at the start has not just shaken the opening partnerships but has also dried up the runs. Rohit took 23 balls for his two runs. Rohit will have to take this problem head on as this is something he will face in every overseas tour. While Shikhar Dhawan will continue to enjoy the confidence of the selectors, his pattern of being done in by short balls has become a reason to worry. Both these batsmen are capable of making up for the dot balls played early on. But a lot of damage is already done when they lose their wicket after a struggling start.

Ishant’s bowling and Raina’s dismissal against the short balls, don’t make for an interesting discussion anymore. The consistency with which they have fallen to their own traps is becoming an embarrassment for India. With two chinks in their armour, India are missing that extra bit of opportunity to apply pressure overseas. In the bowling, the Indians have now conceded far too many 300-plus runs for their comfort. Ishant has been the main culprit. The Delhi pacer has failed to set things right despite being backed by the captain and the selectors.

One of the unnoticed aspect of India’s batting is the inability of Jadeja to play a responsible knock lower down the order. In the first ODI against New Zealand, Jadeja could have easily assisted Virat Kohli and taken the team through with 70 needed in eight overs. After the Kohli-MS Dhoni assault, the momentum was in India’s favour. But Jadeja’s simple dismissal after a tentative prod resulted in his being caught behind and that led to the momentum slipping away.

The leaking of runs in the bowling has been India’s trend since a long time, but the brittleness in bating often grabs eyeballs. With Raina struggling and Jadeja failing to contribute, the pressure of the batting has been majorly absorbed by Kohli and Dhoni.

India need to use their bench strength to see what they can offer, until it gets too late to experiment ahead of the ICC World Cup 2015

For those who have followed Dhoni’s style of captaincy, it is clear that he loves to back his players time and again. Dhoni’s fight to yearn the consistency in the team might just become a strategy gone wrong.

It’s clear that every ODI series this year will virtually be compared with India’s World Cup campaign in 2015. And the selectors too are focused on shaping the team with the same thought. Under such a situation, shielding or backing players who have failed to rise to the opportunities can become a liability as they move ahead. It would become further difficult for the selectors to think of a replacement for Raina or say Ishant three to four months before the campaign. Dhoni, right from the beginning has insisted on going to the ICC World Cup 2015 with a squad that has played enough matches and functions as a settled unit.

Hence it is necessary for the team to test players like Ambati Rayudu, Stuart Binny and other reserves to see what they can offer until it gets too late to experiment. 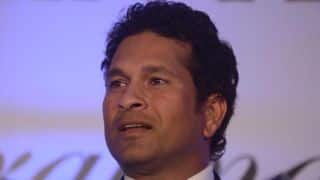