With seniors being rested youngsters have a chance to stake their claim in the Indian squad.

India’s tour to Bangladesh 2014 might not be very well-timed, but it is a very good opportunity for the fringe players selected to cash in on their Indian Premier League (IPL) 2014 form. Shiamak Unwalla looks at how the mini-tour is an ideal route for players to establish themselves in the Indian setup.

When India’s tour to Bangladesh 2014 was announced, the immediate response from a lot of fans and experts alike was to wonder why and how the series would benefit anyone. Between the hype surrounding the Indian Premier League (IPL) 2014 and the all-important series in England, it seemed to make little sense to have such a small, swift tour [the entire series will finish in less than a week]. However, when the squad was announced, some of those fears were put to rest.

For starters, hardly any of the senior players were going to be a part of the squad. India’s overworked captain MS Dhoni was getting a much-needed break. Some of the other players who play all formats for India — such as Virat Kohli, Ravindra Jadeja, Ravichandran Ashwin and Rohit Sharma — are also getting a break. As a result, the squad which is touring England is not going to be affected by this tour.

On the other hand, the team selected for the Bangladesh series is quite refreshing. Players like Akshar Patel and Kedar Jadhav appear for the first time in the Indian squad, while Parvez Rasool has been part of the One-Day International (ODI) squad before without ever getting a game. Others like Robin Uthappa and Manoj Tiwary are making comebacks, while the likes of Cheteshwar Pujara, Stuart Binny and Wriddhiman Saha have never had an extended run in ODIs.

Uthappa, Ajinkya Rahane and Pujara are likely to form the top-three in the order, while captain Suresh Raina will possibly bat at No 4. It will be interesting to see if India goes in with two more specialist batsmen — and if so who between Tiwary, Jadhav and Ambati Rayudu they will be — and the wicketkeeper, or pack the side with all-rounders like Binny, Rasool and Akshar. Umesh Yadav and R Vinay Kumar are the more experienced pacers in the bowling department, but Mohit Sharma is in the best form of late. In a three-match ODI series, it seems unlikely that all 15 members of the squad will play.

With the ICC World Cup 2015 less than a year away, the fringe players will be looking at this series as a stepping stone to book their place in the list of probables. Uthappa is in the form of his life, and a good showing will put pressure on Shikhar Dhawan and Rohit to perform. Rahane has been somewhat a regular in the ODI squad recently and he will be looking to cement his place in the side. Pujara has been very keen to prove his worth in limited-overs cricket and if he can grab this opportunity and come up with some big scores, he will do his chances a world of good.

Raina is now an established member of the ODI team, but he has been accused to being a flat-track bully in the past. A few responsible innings as captain of the team will help to shed that image somewhat. On the bowling front, Umesh is someone who bowls with a lot of pace and heart. Even Wasim Akram believes that he should be a permanent fixture in India’s side.

Wriddhiman Saha has been a revelation over the past few weeks. While his wicketkeeping skills were never in question, his batting was usually not considered good enough for international cricket. Nonetheless, with a century in the IPL 2014 final and another one a week or so later for Mohun Bagan, Saha has proved that his batting should not be underestimated either. This series could cement him as India’s undisputed reserve ‘keeper over Dinesh Karthik and Parthiv Patel.

These are early days, but if Binny, Akshar and Rasool manage to put in good performances with both bat and ball, they could find themselves in the team more often than not given Dhoni’s preference for all-rounders. Jadhav has been rewarded for a phenomenal season in domestic cricket, while Manoj Tiwary has been on the peripheries of the playing XI whenever fit. They will be keen to grab this opportunity with both hands.

Ambati Rayudu and Amit Mishra will perhaps be under the most pressure. They have both been members of the side for a while, without getting too many opportunities. If they falter and others succeed, they could find themselves in the wilderness again.

Both men will be hoping to avoid that fate by putting in a good show against a side that has already seen the weakened Indian team as a sign of disrespect. The Bangladeshis will be fired up and raring to have a go at what can be perceived as a frail team. However, if recent form is anything to go by, these young players ought to make the seniors proud. 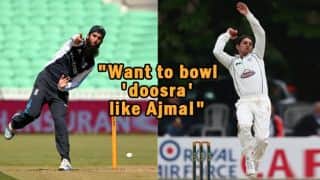 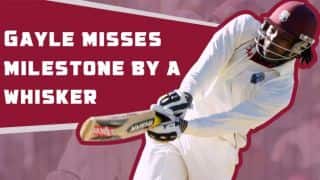