Most of the Indian players have been on the go since October last year, some even from the England tour.

India will tour Bangladesh in June following a long season of cricket. Most of the Indian players have been on the go since October last year, some even from the England tour. Nishad Pai Vaidya writes why the Bangladesh series is ill-timed.
In June 2015, India will be heading to Bangladesh for a Test and three One-Day Internationals (ODIs). The trip comes at the end of a long season of cricket for the Indian players, some of whom have been on the road since the tour to England last year. Modern-day cricket is unforgiving on the players and demand a high level of fitness. However, they can certainly be planned better so that the risk of burnout is reduced. One can say that India’s tour to Bangladesh is ill-timed and could have been scheduled later.
Consider this. In July last year, the Indian team commenced their long tour to England, which featured five Tests, five ODIs and a T20 International. A few days after that tour ended came the Champions League T20 (CLT20). A few of the players then got a breather, while others had to turn up for their respective franchises. Then the West Indies arrived for their tour, which was cut short and a Sri Lanka series was accommodated. A few days after the completion of those assignments, they were on their way to Australia for the Tests, tri-series and of course the World Cup. And it doesn’t stop there! The Indian Premier League (IPL) followed immediately thereafter.
Thus, one can see how untiring the workload would be on some of the players. Though a few of them would have been given breathers from a few inconsequential ODIs, it isn’t enough for rest and recovery. A sportsman needs to be out of the zone and unwind to recover; recharge his batteries. With such a tight schedule, it leaves no room for a rest for some of these players. After the Bangladesh tour, India may get a month’s break as Pakistan would be touring Sri Lanka. India’s own series in the Emerald Isle is scheduled for later.
Perhaps the administrators had committed to the Bangladesh tour with the thought that they could get away by sending a second-string side. However, Bangladesh then went on to beat Pakistan 3-0 in the ODIs. Their side has grown in stature this year following an encouraging World Cup performance. As a result, the Indian management had to pick their best side for both the assignments. Although a player or two had reportedly asked for a rest, they will have to make this trip.

But, to know the effect of constant cricket, one must look at skipper MS Dhoni.

Since his international debut, Dhoni has had a few breaks and has rarely had injury issues. Not only has he played international cricket regularly but he has also been a feature in the IPLs and CLT20s. To top it all, he has been wicketkeeper, batsman and captain for majority of those assignments — juggling the three responsibilities. Dhoni’s supreme fitness has allowed him to play most games but one can sense that he may be a bit tired now. His batting isn’t the same for some time and it can happen to someone who has been on the go for years. Retirement from Tests may help him get his mojo back in one-day cricket though.
The administrators have to realise that not all players have fitness levels like Dhoni and some may crack much sooner. A commitment to another board may have to be honoured but it needs to be scheduled keeping in mind the players, who are central to it all. And, if it is a rain-marred affair like it was last year, it will all be futile. 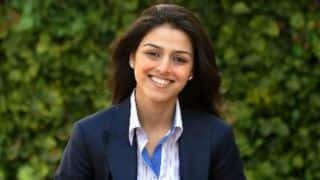