Varun Aaron returns after injury, which put him out of action for nearly two years.

When Varun Aaron first played for India in 2011, the nation felt that its prayers for a genuine quick were answered. However, injuries halted his progress and two years after his maiden international experience, he is back with a slightly reworked action and is raring to go in the Ranji Trophy. Nishad Pai Vaidya caught up with the speedster after Jharkhand’s Ranji Trophy game against Mumbai at the Wankhede Stadium.

When Jharkhand and Gujarat faced-off in the Vijay Hazare Trophy final in 2011 in a relatively obscure setting at Indore, little did anyone expect a fast-bowler would make waves with his thunderous pace. Thus, when Varun Aaron clocked over 153 kmph, India held its breath even as their side was playing the 2011 World Cup. The nation has yearned for that genuine quick for long and as a result, Aaron shot himself into the limelight with that reality-altering delivery against Gujarat,  and his life changed forever. “It wasn’t that delivery alone, but that tournament changed things for me as we went on to win it. It was a good platform for my career,” Aaron reminisces.

Since then, Aaron went onto represent the country, before injuries took their toll on his body. Stress fractures of the back ruled him out of the tour to Australia and thereafter, he only made a few appearances for the Delhi Daredevils side in the Indian Premier League (IPL). Two years after his Test debut, he is charting his comeback by turning up for Jharkhand in the Ranji Trophy. So far, he has taken 17 wickets in four games at an average of 18.05. This is an important tournament for him, as he last played a competitive game during the IPL in 2012.

“I had a surgery in March this year. This came after the two stress fractures. I have then worked in the gym on my core strength and was trying to get my body stronger. Plus, I have changed my action a little,” Aaron said after helping Jharkhand get crucial points against Mumbai with a first innings lead at the Wankhede Stadium. His four-for in the first innings was crucial in bowling out a strong side after Saurabh Tiwary’s double ton had powered Jharkhand to a total of over 300. Not only that, but his two wickets on the final day’s play also gave the hosts a scare, as they held on for a draw. For him, the venue holds a special place in his heart. Aaron said, “I have not only made my Test and One-Day International (ODI) debuts here. In fact, I also played my first under-19 state game. This is a venue that motivates me to do well and is very special.”

The rise and the changes

Months after he bowled that thunderbolt to Neeraj Patel of Gujarat, Aaron donned the India jersey, as he made his One-Day International (ODI) debut against England in October 2011. A month down the line, he received his Test cap from VVS Laxman when the West Indies toured India. Before the international call-up, he had toured Australia with the Emerging Players Squad and then toured England with the senior side. Did all that happen too fast after the 2010-11 season? “Not really,” says Aaron, “I didn’t jump directly from the Ranji Trophy. I had toured Australia and did well in the Emerging Players Tournament. That was a good series for me.”

So, when he played for India, the crowds were thrilled to see him running in hard and consistently bowling over 140 kmph with a strong and smooth action. “There is a slight change in my action now. It is not big, but just a slight adjustment. I have a more open backfoot, as it points towards the batsman on the delivery stride. Ideally, it should be a little towards fine-leg, but I am still working on it.” And what about pace? Has it changed? After all, he had promised that he won’t compromise on that aspect of his game. “No changes in pace,” says Aaron confidently, “I get a little more movement though.”

Although, he did impress with his pace, one of the more memorable moments for him in his international career was with the bat during an ODI against West Indies at Cuttack. In company of Umesh Yadav, Aaron battled some nervous moments and helped India seal a dramatic one-wicket victory. “I do bat decently. However, I haven’t done well this season and my teammates are giving me some stick for it,” Aaron says with a chuckle.

For any fast-bowler, scripting a comeback after a back injury is never easy due to the intensity of the workload. However, Aaron is making the right strides by taking wickets and although, he lost two precious years to injuries, he would be on the selectors’ radar, if he maintains form and fitness throughout the season. 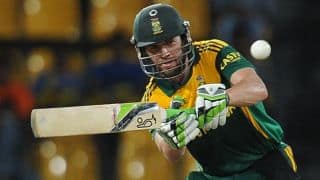 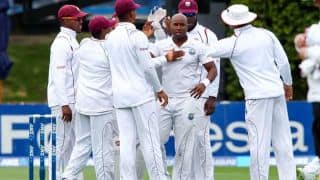