On May 1, 2009, Yuvraj Singh produced a phenomenal all-round performance for KXIP.

Yuvraj Singh put in a rare all-round performance for Kings XI Punjab against Royal Challengers Bangalore in the Indian Premier League (IPL) 2009, where he took a hat-trick and scored 50 runs. Nishad Pai Vaidya looks back at the game which Bangalore won.

On May 1, 2009, Yuvraj Singh lit up Kingsmead, Durban yet again. Back in 2007, he had smashed six sixes in an over against England during the ICC World T20 2007. In the semi-final of the same tournament, he bludgeoned 70 off 30 balls against Australia to put India on the way to Johannesburg for the title clash. Thus, when the Indian Premier League (IPL) came to South Africa in 2009 and Yuvraj led Kings XI Punjab at Durban, there was some buzz about him walking into the ground to dazzle spectators yet again. On May 1, he put in an all-round performance that is rarely seen in the format.

Punjab were up against the Royal Challengers Bangalore (RCB), who won the toss and chose to bat. Bangalore had lost early wickets, but then Robin Uthappa and Jacques Kallis came together to take control of proceedings. At 80 for three in the 10th over, things were evenly poised, although Bangalore had the upper hand as they were moving along at a very good rate. Scoring huge runs wasn’t easy at Durban that year as there was always something there for the bowlers. After trying out various options, Yuvraj introduced himself into the attack.

Kallis smashed Yuvraj through the off side for a four. Uthappa and Kallis picked a few runs off the next three deliveries before the former took strike. Yuvraj bowled it on a length and Uthappa tried to smash it over mid-wicket, but instead, hit it high in the air and the catch was taken by Simon Katich on the boundary. That was a big breakthrough for Punjab. A start of things to come!

Kallis took strike and tried to repeat the shot that got him a boundary off the first ball. However, Yuvraj had bowled it flatter and faster. It held its line and Kallis’s off-stump went for a toss. Yuvraj celebrated as Bangalore were suddenly 80 for five after 12 overs. Yuvraj now had to wait for his next over to complete his hat-trick. Piyush Chawla bowled the 13th over.

Yuvraj came for the 14th over and all the focus was on this delivery. He brought in a slip to build the pressure on Mark Boucher. He ran in to bowl and fired it in. It was full and Boucher tried to play it to the leg side but he missed. The ball hit him plumb in front and the umpire ruled him out. Yuvraj ran around to celebrate his feat. After a decent start, Bangalore suddenly found themselves in a hole.

Later, Roelof van der Merwe’s quick-fire 35 helped Bangalore push to 145 for nine in their 20 overs, which was a decent score. Sensing that it was his day, Yuvraj promoted himself to open the batting with Karan Goel. Interestingly, he was walking in ahead of Mahela Jayawardene and Simon Katich.

Initially, the Punjab openers were cautious to Praveen Kumar and Kallis. In six overs, they were 35 for no loss with Yuvraj on 18 off 19 balls and Goel on 16 off 17. That was when Yuvraj started attacking. He smashed van der Merwe for a six over long-off and then hit a four. Anil Kumble was welcomed with a six in the next over and Jesse Ryder also bore the brunt of his fury. Suddenly, Punjab had sped to 63 in nine overs with Yuvraj on 44.

Kumble came back on to bowl the 10th over and was smashed for a six off the third ball as Yuvraj completed his half century off 33 deliveries. However, Kumble had him caught at mid-wicket by Kallis off the next ball, when Yuvraj tried to clear that region. At 70 for one in the 10th over, Yuvraj had done his job and put Punjab on course. However, they kept losing wickets with Bangalore putting in a team performance to oust Yuvraj. As a result, they lost the game by eight runs and Yuvraj’s efforts went in vain.

–  Yuvraj Singh picked another hat-trick in the tournament, against Deccan Chargers. This time, it resulted in a victory for him.

–  Royal Challengers Bangalore made it into the final of the IPL 2009 and lost to Deccan Chargers. Kings XI Punjab did not qualify for the semi-final. 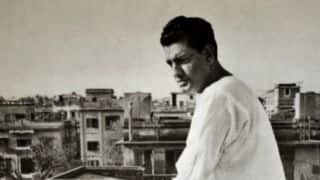