Rohit Sharma vindicated association of the word 'talent’ with a stellar performance.

On May 12, 2012, Rohit Sharma vindicated the association of the word ‘talent’ with a stellar performance. On a difficult track at the Eden Gardens, Rohit exhibited some fine shots and a rock-solid temperament to score one of the most memorable hundreds in the Indian Premier League history. Sarang Bhalerao goes back into the flashback mode.

One thing that has not changed since Rohit Sharma made his One-Day International debut is the association of the word ‘talent’ with him. Time and again he was hailed as a precocious talent, which is evident in the amount of time he has before essaying his shots. Sadly, often times his promising innings have come to a premature end, leading to a heightened sense of disappointment.

At the Eden Gardens against Kolkata Knight Riders, Rohit was in total command of his batting. After the fall of Sachin Tendulkar (2), it was cul de sac as far as Mumbai’s innings was concerned.

Rohit kickstarted his innings with a hook shot off Brett Lee that sailed over square-leg for a six. Shakib Al Hasan was hit past point twice which highlighted the amount of time he had at hand. He slog-swept Shakib for a six off the final ball of his third over to deliver the knock-out punch. At the other end Herschelle Gibbs was playing calculated shots that ensured the run-rate didn’t fall.

The two batted sedately till the 10th over. By that time the duo got their eyes in. In the 11th over, Rohit targeted Jacques Kallis. A vintage shot over Kallis’s head for a four, a pull over mid-wicket for a six and a flick past fine-leg for a boundary brought his half-century off just 29 deliveries. In the 15th over the thrifty Rajat Bhatia was targeted for some harsh treatment. His slower cutter was swept past short fine-leg, a full toss was helped past square-leg for a four, a slog over mid-wicket resulted in a six and aesthetic beauty took over as Rohit ended the over with a drill past extra-cover for a four.

Lee came back into the attack after conceding 23 off his two overs earlier. Sharma was hell bent in punishing the Australian quick that day. He was welcomed with a six over long-on. The next delivery was a slower one which was helped past short third-man. It was a game of cat and mouse. Rohit was winning the battle hands down. Another four was hit, this time it was a mere flick past mid-wicket. Rohit was on 99. He brought his century taking a single through mid-wicket; it was a masterclass innings which came off just 52 balls.

At the end of the 20 overs, Rohit was unbeaten on 109 (60 deliveries), while Gibbs played the foil with an unbeaten 58-ball off 66 balls. The duo stitched an alliance of 167 runs that proved too much for Kolkata.

Knight Riders found life difficult on the pitch. Run scoring was not an easy proposition especially after Mumbai varied their pace and did not offer a lot of freebies. They finished with 155 for four, 27 runs short of the target.

Rohit’s knock was a clear differentiator. His innings had a massive impact in the final result. It was one of those occasions where Rohit showed why he is a precocious talent.

IPL 2013: Ticket sales begin for Qualifier 1 and Eliminator at Delhi 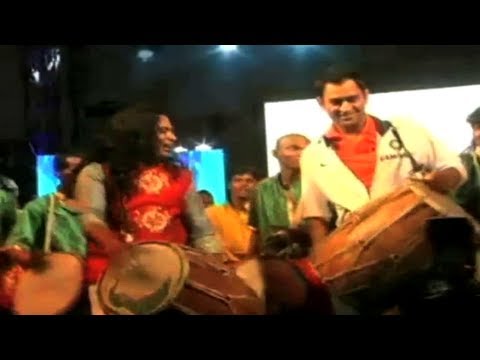 IPL 2013: Venues like Ranchi can benefit tremendously from the tournament