The Girls’ Association of Item Numbers (GAIN) is seemingly upset with the television channel SET Max for their constant usage of foreign and lesser-known cheerleaders in their IPL reality show 'Extra Innings’. 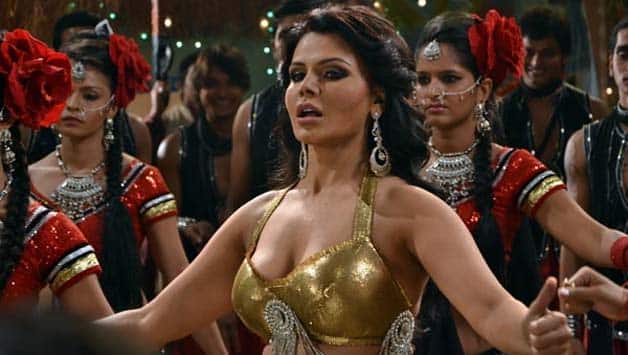 All is not well, it seems, with the Indian Premier League (IPL).

The Girls’ Association of Item Numbers (GAIN) is seemingly upset with the television channel SET Max for their constant usage of foreign and lesser-known cheerleaders in their IPL reality show ‘Extra Innings’.

‘Why are they using foreign item girls when the country has loads of such talent?’ fumes— a leading item girl who has worked in over two films.

Rakhi Sawant, the head of GAIN, was typically scathing in her remarks: “Our work has come down by 33% over the last five years. Producers and film-makers are now eyeing these foreigners. Jesus is with me, but my concern is for the other members of GAIN. The MAX guys are crazy. Have they seen my previous works ‘Chalta jaye ishq musafir?’ or for that matter ‘Pardesiya’? Aamir Khan wanted me in ‘Satyamev Jayate’, but I could not accommodate him because I was fully booked. Item means to lessen the clothes on a count like 1, 2, 3, and 4. These foreign girls are not wearing anything! Also what about their movements? Where is the ‘ada’ or the ‘nazakat’? Revolving the bums is not item number.”

Rakhi fumes, “Take a look at the girls dancing in the IPL venues. They are so camera conscious that they dance only when the camera looks at them. We are not like that; we keep on dancing even if no one looks at us… GAIN will sue SET Max soon.”

Mummait Khan, one of the unemployed members of GAIN, recounts her days, “There was a time when Munnabhai used to ask me in front of Jimmy every day. I used to feel like Helen in Sholay. There is no professionalism these days. The other day I was approached by a Kingfisher top honcho for a dance in Extra Innings, but for free! All I would get was three return tickets from Delhi to Pune. I refused. I have my ‘izzat’. ’

The cries of GAIN, we checked, are not really misplaced. Taniya Goshbod is a Ukrainian dancer who is a regular on the Extra Innings and IPL matches. She has already got a second lead role in a Bengali movie ‘Bol Dada Bol’.

An Arabian dancer, Miliyo Kamremein has been offered Ram Gopal Verma’s ‘Apartment’. It is a movie, of course!

Miliyo said: “Of course I am excited! The song is ‘Kohli ke peeche kya hai’ … I am really happy to have got this offer.”

Tuhibata Vellahaikya, a Sri Lankan beauty who can be seen in almost all the CSK matches, has got the prestigious Rohan Sippy’s ‘Bum Maro Bum’, a sequel to the smash hit ‘Dum Maro Dum’, opposite Abhishek B. She also has a couple of big advertisement offers.

“These offers could have gone to anyone of us. This is injustice. We have been knocking on the IPL doors now for three years, but all they say is we should bring our Tashreef ka tokra. Now can someone please tell us why are these tokras available in foreign markets and not here?’, says a livid Kashmira Shah who had to opt out of GAIN last year due to non opportunities and has moved to Calendar business.

A senior manager in SET MAX (IPL Division) said: “We choose our cheerleaders carefully and has nothing to do with local or foreign talent. We couldn’t have taken Shibani Dandekar as a cheerleader just because her sister did item songs. And who is this Rakhi Sawant? Is she the one who managed to get 12 men for her wedding?’

Sameer Kochhar, the host of Extra Innings, however was in no mood to listen to the GAIN’s voice. “The cheerleaders add value to the reality show. Our show is an international one and since the hosts are already Indians and the DJ is undistinguishable, we are left with no options but to keep international girls on the show. This is a cultural melting pot.”

(The above post is reproduced with permission from www.fakingnews.com)