IPL 2013: Jayawardene should open for Delhi Daredevils in Sehwag’s absence

IPL 2013: Jayawardene should open for Delhi Daredevils in Sehwag’s absence

Should Mahela Jayawardene open the innings for the Delhi Daredevils in the absence of Virender Sehwag? Injuries to key players have dented their firepower and they have been tottering at the start of the 2013 Indian Premier League (IPL) with three consecutive defeats. Their skipper may need to answer the calls and take matters in his own hands. Should Mahela Jayawardene open the innings for the Delhi Daredevils in the absence of Virender Sehwag? Injuries to key players have dented their firepower and they have been tottering at the start of the 2013 Indian Premier League (IPL) with three consecutive defeats. Their skipper may need to answer the calls and take matters in his own hands.

David Warner and Sehwag form the most dangerous opening partnership in IPL. They match each other for every stroke and take the pressure off each other. To borrow a famous commentator’s cliché, “They are like a canon that fires from both ends!” However, Sehwag’s absence has forced the explosive Warner to play with a more tempered approach and absorb the pressure.

In the three games so far, Warner has looked in good touch. His innings against Rajasthan Royals was a fantastic effort, although his side failed to chase the score. He anchored the innings as he started off and gradually took the attack to the opposition. Against Mumbai Indians, he played his typical attacking game, but the task was too monumental.

Warner’s opening partner has been the promising Unmukt Chand. The under-19 star hasn’t found his touch yet, but his precocious talent merits a long run in the eleven. However, he might be better off batting down the order rather than opening the innings. Instead, Jayawardene can partner Warner until Sehwag returns.

Jayawardene is a class act. He is a joy to watch in the shortest format. His touch artistry is almost magical. It shows that one can succeed in T20 cricket without rash innovations. Through all that, he maintains a good strike-rate and plays almost risk-free cricket. He might take the aerial route on the odd occasion, but those strokes are well placed and away from fielders. Such an approach is a calming influence on the others as they see a man in control of the task at hand.

If Jayawardene opens the batting, it would take a lot of the pressure off Warner. The Australian can then play more freely as Jayawardene would hold one end and also keep the scoreboard ticking. In their season opener against the Delhi Daredevils, they batted well together. Delhi lost a wicket off the first ball and Jayawardene calmly went about his job. At the other end, Warner was in his elements and was attacking the bowlers.

In the subsequent games, there has been more pressure when Warner and Jayawardene have batted in tandem as they were chasing totals. In the face of a huge target against Mumbai, the pressure got to Jayawardene and wasn’t playing his natural game. Lasith Malinga gave him a lease of life as he dropped a skier in the first over. However, the Sri Lankan batsman then succumbed to the urge of hitting as he charged to Mitchell Johnson and edged to the wicket-keeper.

In 2010, Kings XI Punjab asked Jaywardene to open the batting during the game against Kolkata Knight Riders at the Eden Gardens. The home side amassed 200 on the board and the out-of-form Punjab weren’t given a chance. In walked Jayawardene and dazzled the ground with a magnificent hundred. With his touch and grace, Punjab stole the game from Kolkata’s hands and won with 10 balls to spare.

That innings showed what Jayawardene can do opening the batting. Even in T20 Internationals, he has been fantastic at the top and averages over 45 — which is a fantastic number for the shortest format. He also boasts of a good strike-rate which is 136.76. These details illustrate his value at the top and Delhi should consider it as an option till Sehwag is unavailable.

Although Delhi have lost their first three games, these are early days in the competition and there is time to recover. Morne Morkel’s return has bolstered their bowling and they now await Sehwag’s recovery. Until then, they have to make do with what they have. 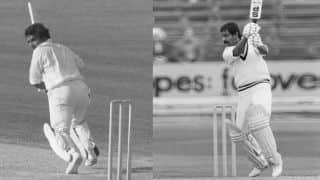