IPL 2013: Mumbai Indians need to make judicious use of Kieron Pollard to get the best out of him

IPL 2013: Mumbai Indians need to make judicious use of Kieron Pollard to get the best out of him

Kieron Pollard’s unbeaten innings of 57 against Chennai Super Kings is an example of what he can do with time on his hands. Nishad Pai Vaidya explains why he should be promoted in the Mumbai Indians batting order. Kieron Pollard’s unbeaten innings of 57 against Chennai Super Kings is an example of what he can do with time on his hands. Nishad Pai Vaidya explains why he should be promoted in the Mumbai Indians batting order.

Should the Mumbai Indians consider a promotion for Kieron Pollard? The big-hitting West Indian’s destructive ability with the bat is being wasted down the order when he could make a greater impact for his team coming up the order. His fantastic knock of 57 not out against the Chennai Super Kings is a case for a promotion in the batting order.

One of the cleanest strikers of the cricket ball, Pollard can turn the game around in a matter of minutes. It is this ability that has made him one of the most sought-after players in the T20 world. Mumbai Indians acquired his services in 2010 and have held on to him, but his track-record with the bat in the Indian Premier League (IPL) is unspectacular.

His overall numbers in IPL:

In 46 matches, Pollard has managed to record only three fifties — the third in Mumbai Indian’s last game. An average of 22.61 reflects the inconsistency, but his the strike-rate of 146 shows his ability to blitz attacks. Mumbai haven’t used him well — no questions about that. On most occasions, he walks in when he has to tee off from ball one.

During his unbeaten effort of 57 against Chennai, Pollard walked in with Mumbai in a spot of bother in the ninth over. They had lost their top four and were up against an attack that thrives on its home surface. With time on his hands, he went about the recovery job very well and anchored the innings till the end. Since he had to play the waiting game, he didn’t unleash the expansive strokes early on and chose the right opportunities. He took his time in the middle, had a good look and then shifted gears.

Such is Pollard’s power that he can send the ball to the boundary with minimal fuss. He got off the mark the other day with a simple push through point that went for four. As the innings progressed, he merely lofted the Chennai spinners and the ball sailed miles into the stands. He had smashed five sixes and four fours, a vigil that had done the job for Mumbai.

Although players like Pollard can hit from the word go, they do require a sighter or two. The best examples in that regard would be Chris Gayle and David Warner. Both batsmen are feared openers, but have learnt the art of pacing their innings in a T20. Gayle starts off gradually and then literally blasts his way out. Warner adopted a similar approach during his knock against Rajasthan Royals and made up for the slow start very well. Such players have the ability to cover up for the lost paces and there is no harm if they take their time early on.

For a better analogy, Yusuf Pathan’s case would be the perfect model. In the inaugural season of the IPL, Rajasthan Royals used Pathan very well and ensured he had a lot of deliveries to face. He did not have a set spot in the batting order, but they managed to get the best out of him. The results were evident as he ended up with 435 runs in the tournament and Rajasthan had their hands on the trophy.

The question is: What number should Mumbai promote Pollard to? Sachin Tendulkar and Ricky Ponting open the batting, with Dinesh Karthik, Rohit Sharma and Ambati Rayudu to follow. They are good strikers in their own right and it’s not an easy decision to promote Pollard. But Mumbai Indians have to use Pollard as a floater to catch the opposition off-guard. Pollard is like a trump-card in a pack of cards who has to be used strategically and not predictably. It’s all about getting the timing right. 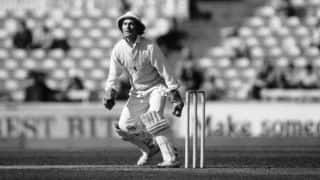