Following two tumultuous years at the Indian Premier League (IPL), Pune Warriors India are struggling yet again at the dawn of a new season. It is a mystery that a team boasting of some fantastic international stars and prodigious domestic players hasn’t gelled well as a unit and are yet to find their rhythm. 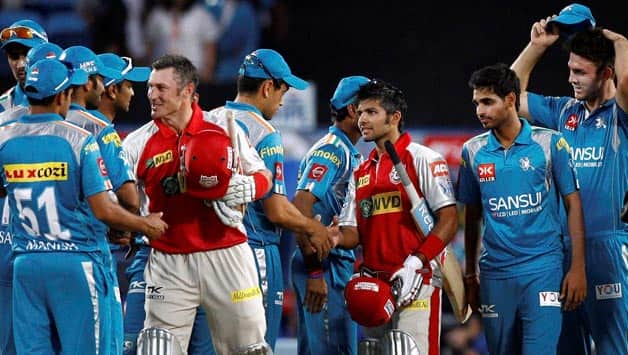 Following two tumultuous years at the Indian Premier League (IPL), Pune Warriors India are struggling yet again at the dawn of a new season. It is a mystery that a team boasting of some fantastic international stars and prodigious domestic players hasn’t gelled well as a unit and are yet to find their rhythm.

One would expect a line-up comprising the likes of Yuvraj Singh, Marlon Samuels, Robin Uthappa, Angelo Mathews and Steve Smith to dominate. However, statistics tell a different story: their star-studded batting line-up is to blame for their predicament. That Achilles Heel has been brutally exposed in their first two games this season.

Pune’s top overall run-scorers in the IPL (all seasons included):

Pune’s batsmen have struggled to stamp their authority and their stats make compelling read. Firstly, only two batsmen average over 30, which reflects the level of inconsistency. Secondly, too many deliveries are left unscored. The strike-rates of some are shocking: Manish Pandey’s 108.6 isn’t what one expects from an opener who is expected to take risks. Even Uthappa’s 119.26 doesn’t do justice to his ability. However, the feared hitter Marlon Samuels’ beats all with 93.61.

Thirdly, Pune’s batsmen haven’t got the big scores too often. In the last two seasons and their games in 2013 so far, they have recorded only 10 fifties and no hundreds.

With Angelo Mathews’ appointment as captain, Pune’s choices are restricted as they can only pick three other foreign players in an eleven. As a result, they have to leave out a quality player like Smith — who was a revelation last season during a forgettable campaign.

In the table, Smith stands out as an average of 40.22 is proof of consistency and a strike-rate of 135.58 shows that he gets his runs at a good clip. Yet, he hasn’t found a place in the side this season. Perhaps, the stature of a Samuels trumps Smith’s strong case. Given their woes in the first two games, Smith merits a place in the eleven and might be the solution.

Yuvraj’s record is good and a pertinent fact is that he missed the whole IPL 2012 due to his battle with the Big C. Having recovered well and fought back admirably, he would want to make an impact this season. Since his return, he has been a different player with a renewed sense of tenacity.

Fitness permitting, he would be the key to their fortunes. His all-round performance in the 2011 World Cup is proof of that and he is capable of an encore.

Instability caused due to chopping and changing

In an attempt to find the perfect formula, Pune have altered their side too many times. They have used majority of their players during a season and that has caused a lot of instability.

The number of players they have fielded during the two previous seasons:


While the core group may have remained intact during the respective seasons, there seems to be a lot of competition for the other spots. Unfortunately, they didn’t find the ideal combination and ended up using over 20 players per season — which is undoubtedly huge. This season, they should try to settle on a line-up so that they do not enter the vicious cycle of volatility.

An interesting fact is that Pune started both their previous seasons with two emphatic victories. However, they fizzled out as the tournament moved along and couldn’t find the winning touch. It has been a contrasting start to the IPL 2013 with two consecutive defeats and the hopeful may suggest that a reversal in fortunes is possible. That is only feasible when their batsmen step up and rise to the occasion.