The Sunrisers Hyderabad have been the surprise package of the Indian Premier League (IPL), 2013. Coming into this season at the back of a rocky past (as the Deccan Chargers), Hyderabad have smashed preconceived notions and shown that they have the makings of a successful unit. The formidable bowling line-up has helped them clinch five victories so far even as their batting has struggled to assert itself. 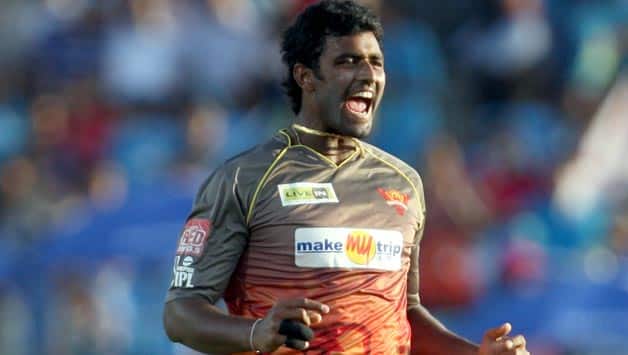 The Sunrisers Hyderabad have been the surprise package of the Indian Premier League (IPL), 2013. Coming into this season at the back of a rocky past (as the Deccan Chargers), Hyderabad have smashed preconceived notions and shown that they have the makings of a successful unit. The formidable bowling line-up has helped them clinch five victories so far even as their batting has struggled to assert itself.

Dale Steyn, Ishant Sharma, Amit Mishra and Thisara Perera form a very potent attack and have lived up to their reputation. In seven games, they have conceded a total of over 130 only twice and that shows the kind of pressure they have maintained over the opposition. However, the batting has been shaky and have almost thrown away games in small run-chases. As the tournament progresses, the batsmen have to raise the bar to support their bowlers as inconsistency might cost them at the business end of the season.

Here are the records of the Hyderabad batsmen at the IPL 2013:

All the Hyderabad batsmen average in the low 20s and that isn’t an encouraging sign. The most important details in this table are the strike-rates. All the frontline batsmen have strike-rates below 100 and that is unacceptable in T20 cricket. The only men with the said number on the right side of 100 are Thisara Perera, Ashish Reddy and Amit Mishra — men who come lower down the order and take the attack to the bowlers immediately.

The low strike-rates show that the batsmen have put themselves under a lot of pressure. What is more surprising is that they have only recorded one fifty this season.

Unlike the other franchises, Hyderabad do not have too many international heavyweights in their batting. Kumar Sangakkara and Cameron White are their biggest stars and have to take a lot of the responsibility. Sangakkara’s decision to sit out was surprising as he is someone who can anchor the innings. He may not have done well so far, but this shaky Hyderabad batting needs his presence. He will not play against Chennai Super Kings (at Chennai), but should return for their next encounter.

Hyderabad would be severely jolted by the absence of the Sri Lankan Perera for the game at Chennai. The all-rounder has been fantastic in both departments and gives the side tremendous balance. He comes lower down the order and gives it a whack and is a genuine wicket-taker with the ball. In the absence of Sangakkara and Perera, Hyderabad faces the tough task of beating Chennai at their fortress.

Through all that, there is hope that Shikhar Dhawan may be available for the encounter. The southpaw has become the talk of the town after his brilliant century on Test debut last month and Hyderabad have been waiting for his return to bolster the opening slot. He was very consistent during IPL 2012 and would be eager to emulate that performance. His inclusion would give them an aggressive opener as they have had to start with Parthiv Patel and a few others.

In the past, we have seen Rajasthan Royals trump reputations and emerge victorious with a relatively weak setup. Hyderabad have to take a cue from that and improve as the season progresses. A long road lays ahead for Hyderabad.

Michael Clarke: We will bring the urn home