Everything happens in a flash in the T20 format – matches changes course in a matter of balls and reputations are made or marred in those fleeting moments. Exhilarating highs follow depressing lows before one could even savour the joys of the highs. There is very little margin of error, which destroys even the most revered names in the business, as the 2013 edition of the Indian Premier League (IPL) so unambiguously proved. 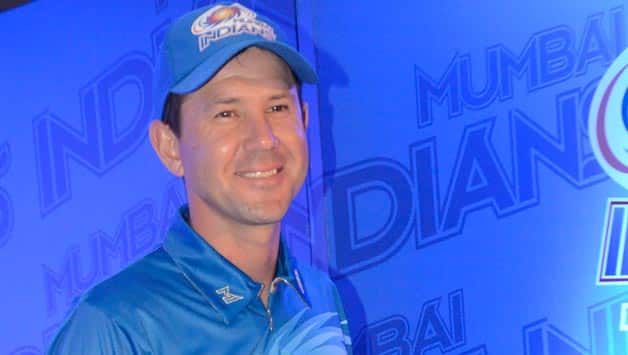 Many felt that Ricky Ponting would come into IPL to enjoy his cricket as the pressure of international cricket was off his shoulders. But he struggled to make a mark and had to ultimately sacrifice his spot for the team’s cause © IANS

Everything happens in a flash in the T20 format – matches changes course in a matter of balls and reputations are made or marred in those fleeting moments. Exhilarating highs follow depressing lows before one could even savour the joys of the highs. There is very little margin of error, which destroys even the most revered names in the business, as the 2013 edition of the Indian Premier League (IPL) so unambiguously proved.

Here is a list of prominent players who failed to the pre-season hype.

A lot was expected of the Australian great as he made a comeback to the IPL as captain of the Mumbai Indians. Many felt that he would come into this tournament to enjoy his cricket as the pressure of international cricket was off his shoulders. But he struggled to make a mark and had to ultimately sacrifice his spot for the team’s cause. Nevertheless, he was a vital cog in the Mumbai set-up contributing with his invaluable inputs.

The Sri Lankan is another overseas captain who struggled at the IPL 2013. In a wobbly Sunrisers Hyderabad batting line-up, Sangakkara could have played the sheet anchor and led the side from the front. However, his form was not inspiring and he made way for the all-rounder Darren Sammy, who added balance to the side.

Players like Kallis are a captain’s dream as they can contribute with both bat and ball with equal prowess. In many ways, Kolkata Knight Riders’ struggle reflected in Kallis’ own batting form. He was very good with the ball in hand as they relied on him to get breakthroughs and support Sunil Narine. However, he was a liability with the bat as he scored at a strike-rate of 96.58 in the tournament. Kolkata’s innings would often get clogged with him in the centre as he didn’t meet the demands of T20 cricket this season.

The Nawab of Najafgarh is perhaps going through the worst phase of his career. Having missed the first few games due to injury, Sehwag returned with a bang as he smashed 95 not out in one of his initial outings. His omission from the India roster may have spurned him, but it wasn’t enough to blood in consistency. Delhi Daredevils were handicapped by Kevin Pietersen and Jesse Ryder’s absence and Sehwag’s poor run affected them further. The struggle was so evident that Wasim Akram went to the extent of suggesting that the dashing opener batted like a No 11.

In a power-packed Royal Challengers Bangalore batting line-up, Dilshan couldn’t match the likes of Virat Kohli, Chris Gayle and AB de Villiers. Gayle’s mind-boggling efforts made him look slow on many occasions and he never got going. As a result, Bangalore opted to play an overseas bowling option or an all-rounder instead of him. That not only strengthened their bowling, but also handed an Indian youngster an opportunity. Dilshan remains one of the most feared players in the format and come next season, he would be eager to change things.

The Indian all-rounder came into this season with the weight of runs in domestic cricket. That persuaded Pune Warriors India to pick him for a huge sum. In another unsuccessful campaign, Pune failed to strike the right balance and someone like a Nayar suffered as a result. More often than not, he would bat lower down the order and in almost hopeless situations. In nine innings, he could muster only 66 runs. Perhaps, a spot in the top order may have suited him.

The purple cap winner of the previous edition failed to emulate his inspiring performance. Lady Luck wasn’t on Delhi’s side as they missed a few players and some of their best men weren’t in form. Last year, Morkel troubled everyone with his toe-crushers and the sharp rising deliveries. This time around, the batsman had lesser problems dealing with him. In ten matches, he took only seven wickets. The figure that best illustrates his struggle is an economy rate of 8.37 — not a number you expect from a bowler of his class.

A lot was expected of the promising young batsman as he eyes the highest level. The harsh realities of life hit him as he was bowled off the first delivery of the IPL 2013 by the veteran Brett Lee. In nine games, he scored only 158 runs with two ducks. Prior to the tournament, he scored two hundreds in the Syed Mushtaq Ali Trophy and that form didn’t trickle into the IPL. Nevertheless, this would only toughen him up as he certainly is one for the future.

The New Zealander nowhere near his best during his five outings at the IPL 2013. One also gets the feeling that Pune didn’t back him beyond a point as he found himself on the bench after captaining the side to a rare victory. He is a destructive player and someone who needs that one good knock to get back into form. While it may not have mattered as he was due to leave for England for national duty, they might have got the best out of him by persisting with him as long as he was available.

If a bowler takes 16 wickets in 13 T20 matches, some might say it is a decent performance. Think again! Dinda may have got the wickets, but was hammered most of the times. He finished the tournament with an economy rate of 9.48, having bowled 49 overs. The thing that was worrying was that he kept bowling in the batsman’s zone and got punished. As a result, he lost his place in the Indian side, having been in the roster for almost a year.