IPL 2014: Another trial by fire for Indian quicks?

IPL 2014: Another trial by fire for Indian quicks?

Will the Indian quicks have a better tournament this time round?

The Indian Premier League (IPL) is a tournament where batsmen make merry. While there are a few bowlers who do make a mark, it is largely a tournament dominated by batsmen. If one looks at past records, the Indian fast bowlers in particular have born the brunt of the batsmen’s aggression. The likes of Ishant Sharma, R Vinay Kumar, Ashish Nehra and even Zaheer Khan have been at the receiving end. When compared to their overseas counterparts, the Indians have struggled.

Last year, Mitchell Johnson found his mojo with the Mumbai Indians and has since gone from strength to strength for Australia. Lasith Malinga has been one of the tournament’s star players for years and even attributed IPL’s impact for his superlative performances in Sri Lanka’s ICC World T20 2014 win. For a tournament that promised a lot for the Indian contingent when it was launched, the run-heavy pitches have hardly helped the hapless pace bowlers who already lack a natural athletic build and strong shoulders.

With the IPL travelling to the United Arab Emirates (UAE) for the first leg, things are not going to get easy for the bowlers although spinners will be play a big role in the Arab land. If Saeed Ajmal’s bamboozling batsmen in the past is anything to go by, it won’t be surprising if spinners hold fort. India’s superb Test record at home has also been built around spinners having batsmen on all fours with the slow, turning pitches doing most of the work.

Ishant, who will be bowling in tandem with the legendary Dale Steyn for Sunrisers Hyderabad, also lamented about the ‘batting-paradise’ wickets that are prepared and went on to say that he expected an encore even during this year’s event. Steyn himself has looked bereft of answers in past editions. The sight of Steyn’s compatriot AB de Villiers tearing into his bowling in the 2012 tournament is fondly remembered by IPL fans.

With the ICC World Cup 2015 barely a year away, nothing would be more pleasing than Indian pacers making his mark in this year’s IPL — a feat yet to been for seven years. RP Singh is the only Indian fast bowler to win the Purple Cap. Starting with the IPL, the margin of error is going to be very small for the Indian pacers in unforgiving bowling conditions in the tours leading to the World Cup.

In the recent past, Mohammed Shami’s rapid rise as pace spearhead gave India hope with their bowling up front. However, off late, he has been going for plenty and his form too has tapered off slightly. Ashok Dinda and Vinay Kumar have been maligned in the past for their tendency to go for runs whenever they have played for India.

Dinda and Vinay should use this opportunity to get back on track, given that both have been amongst the top bracket of performers for their respective domestic teams. Bhuvneshwar, like Shami has also risen quickly in the Indian ranks. Bhuvneshwar’s biggest strength is ability to wear batsmen down with his needle-like precision. However, the Uttar Pradesh pacer needs to better his death-bowling skills and could do with a more wicket-taking mindset.

Rookie Ishwar Pandey has been impressive in tour games for India and he will get chances this season. With the erratic nature of the top bowlers, Ishwar can potentially end his long wait in the sidelines for a place in India’s starting line-up, just like Mohit Sharma in the past. Mohit looks the most likely of Indian pacers to make an impact in this tournament and with Chennai Super Kings captain Mahendra Singh Dhoni relying on the Haryana pacer quite a bit, Mohit should continue with his impressive showing as seen in his fledgling career so far.

Every franchise has world-class overseas pacers in their ranks and Indian crop needs to stand up and be noticed. Sharing a dressing-room with the crème de la crème ought to rub off amongst the Indian lot. It is important for India’s title defense in Australia and New Zealand next year to have pacers who can win matches and it is time they stood up and struck fear in the batsmen’s eyes. 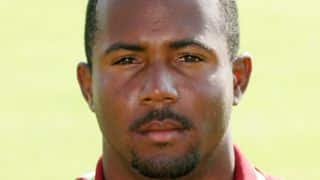