The Royals' foremost challenge will be to assign a leader of the pack.

Rajasthan Royals had an impressive run in the last edition of the Indian Premier League (IPL), and after retaining five key players from the squad; they did well in the auction for 2014 season, roping in some of the big names from international circuit such as Steven Smith, Tim Southee, Brad Hodge and domestic players like Unmukt Chand and Rajat Bhatia.

Devarchit Varma takes a look how Rajasthan Royals shape up ahead of the seventh IPL.

Previous year’s strategy:  RR had a good run in the last IPL as they qualified for the second qualifier of the tournament. The team that was considered an underdog did surprise many with their stronghold at Jaipur’s Sawai Mansingh Stadium. While the responsibility to scoring bulk of the runs was distributed among Ajinkya Rahane, Shane Watson Rahul Dravid and Sanju Samson, Stuart Binny and Hodge played the role of accelerators and even finishers to the perfection. However, the spot-fixing and betting scandal did hit the team hard last year, which saw their key bowlers S Sreesanth, Ajit Chandila, Ankeet Chavan and Siddharth Trivedi being banned. They played critical role in containing the opposition and even bowling them out for small totals. Rajasthan have never had many big names in their squad as compared to the other sides, but they managed to do pretty well with whatever resources they had — a quality that differentiates them from all the other IPL teams.

This year’s strategy: Rajasthan are most likely to be led by Watson as Dravid will be mentoring the side in the seventh edition of the tournament. While Watson may bring in some changes in the way Rajasthan Royals approach the game, but one would expect them to persist with their strategies that have worked for them so far, especially in the IPL 2013 and Champions League T20 (CLT20). Steven Smith, Rahane, Hodge, Samson and Watson will be their key batsmen, while the leader of the pace attack would be the experienced New Zealand campaigner Tim Southee. The presence of Chand and seasoned campaigner Bhatia will also add to their firepower.

Surprise pick: Indeed, it has to be Steven Smith. The Australian batting all-rounder has been in terrific form and his progress as a batsman would have tempted many IPL teams to go for him. His addition in the batting line-up that already contains the likes of Watson, Hodge, Rahane and Samson is a major boost for the Rajasthan Royals.

Dark horse: Unmukt Chand — India’s Under-19 World Cup winning captain hasn’t been able to live up to the promise he showed early on in his career. With the Delhi Daredevils, he had an ordinary last season and he would be eager to put aside the disappointments and make a fresh start. 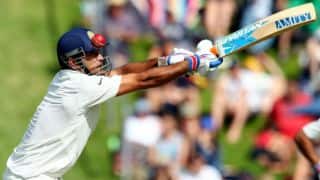