Sri Lankan players not being sought for on Day One of the auctions came as a shock.

As 514 players went under the hammer during Day One of the Indian Premier League (IPL) 7 auction, the expectation was for franchises to make a beeline entry to plump for Sri Lankan cricketers. However, as the day progressed, it became crystal clear that there weren’t many takes for players from the Island nations. Jaws dropped and everyone scratched their heads in disbelief, as the likes of Mahela Jayawardene, Angelo Mathews, Ajantha Mendis and Tillakaratne Dilshan remained unsold. Even the wily off-spinner Muralitharan found it tough to find takers, before he was bought by Royal Challengers Bangalore (RCB) for his base price of Rs 1 crore.

Let’s look at some of the prominent Sri Lankan names who remained unsold during the IPL auction:

The experienced campaigner who bats with a picture of sheer artistry remained unsold. Yes, he isn’t one of those power-hitters who thumps the ball with a bazooka-like bat. Instead, pierces gaps to bewitch and bedazzle the crowd by constructing masterpieces with a languid flow of the willow. Yet, in the shortest format of the game, he has shown that he can come to the party by essaying sparkling knocks.

There was an inkling that Rajasthan Royals (RR) who tend to pick seasoned campaigners would plump for him in this year’s IPL auction, but it wasn’t to be.

The all-rounder from Sri Lanka, Mathews has that uncanny ability to bat with poise and equanimity. He is as cool as a cucumber under pressure-cooker situations. He is a handy customer with the ball too. It is true that last year, he found it hard to steer a rudderless Pune Warriors India (PWI) ship and was even dropped. But it is difficult to blame one player for a lacklustre performance. In short, Mathews finding no takers has to be one of the big surprises of IPL 2014 auction.

The ‘mystery spinner’ may have lost the plot to some extent in recent times. However, he has had many glorious moments in the sun in the shortest format of the game. With batsmen ever-ready to go after bowlers in this format, he could have come in handy on slow tracks of India. But in the end, he too remained unsold.

In IPL 2013, Dilshan struggled to make his presence felt for RCB yet, one expected a few franchises to be interested in bidding for his ability to play quick-fire knocks at top of the order. Now, the simple fact was that he too remained unsold.

Kusal Perera, who has already shown glimpses of bristling talent found no takers either. Only all-rounder Thisara Parera and Muralitharan found buyers in the auction.

It is hard to pinpoint the exact reason for IPL owners not showing interest in plumping for Sri Lankan players. Maybe it was due to the fact that Sri Lanka are embarking on a tour to England in May or is there something more to it? One can only speculate for long. 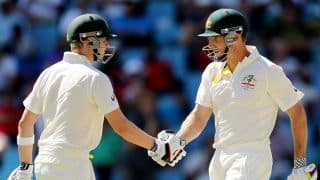