Kings XI Punjab have a very strong batting line-up which would mainly depend on Glenn Maxwell and David Miller. Nishad Pai Vaidya  has more…

There are some batsmen who take bravado to a new level. And, if you are watching Twenty20s (T20s), one can get to see some eye-catching power-hitting. Here, one can ask the Kings XI Punjab about their middle-order. With Glenn Maxwell and David Miller forming the core of the batting line-up, one would always expect some serious fireworks and in reality,  no total can be safe. Consider the first game against Chennai Super Kings, where they made chasing a 200-plus total look a cinch. Such performances blood in that early confidence and momentum going forward.

Punjab have reworked their whole squad and only retained Manan Vohra and Miller. It is quite interesting that Vohra did not make it into their main eleven in the first game and even someone like a Mandeep Singh couldn’t break through. This only goes to show the strength in this line-up, wherein they can pack the batting with some good international experience. Miller was obviously the key heading into this season. Last year, he was just another promising international recruit. But a couple of innings, particularly that whirlwind ton against Royal Challengers Bangalore, truly showcased his value to the side.

Miller also showed during the game against Chennai that he isn’t someone who only plays in just one gear. With Maxwell going great guns, Miller was relatively sedate and knocked the ball around, allowing his partner more strike. Once Maxwell got out, Miller took it upon himself to finish the game and did it with ease. Perhaps that is the role Punjab expect from him during this season. There is a bit of an anchoring responsibility for Miller, along with attacking the bowling.

And, what does one say about Maxwell. There is no concept of fear when it comes to this man. If the spinners come on, he dismisses them from his presence by unleashing that sweep. He can power the ball anywhere on the leg-side when he is on his knees. Plus, he can play the reverse sweep, and does it with great effect. When the fast bowlers come onto bowl, he is a little more orthodox and smashes them with the straight bat. In the last few innings, which would extend to the ICC World T20 2014, Maxwell has shown why it is important to send him with overs in hand. He relieves the pressure early and can set it up for the rest of the order. That seems to be a much better ploy than waiting for the end and leaving him with a mountain to climb.

If one looks at the Punjab’s batting line-up, there is balance in the setup. For the aggression of Virender Sehwag, you have Cheteshwar Pujara to temper it. Maxwell’s bravado is matched by Miller, who can also play a little more sensibly. Then there is a George Bailey who can play both roles to good effect. Akshar Patel had a tough game first up and perhaps they may bring in Vohra or Mandeep in his place.

They have a good first choice eleven and a few talented individuals on the bench. Punjab could be a side to watch out for, if they build on the early momentum. Praveen Kumar believes making comeback for India is not difficult 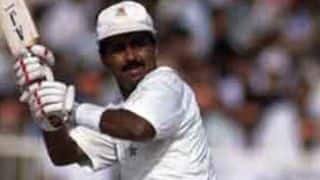