IPL 2014 ki raat hai: What wives and girlfriends do during IPL nights

IPL 2014 ki raat hai: What wives and girlfriends do during IPL nights

So what do the wives and girlfriends do during an IPL match?

The Youtube comedy show, ‘Julaab Gang’ has come up with a spoof video on the Indian Premier League’s (IPL) seventh edition, which targets not the players or the officials, nor the traditional male audience, but the wives and girlfriends of the fans of IPL.

From the promotional song of IPL 7, Bulaava aaya hai to Virat Kohli‘s female fan following to the rampant betting scene behind the tournament, this video gives you a hearty laugh on all that’s good and bad about the cash-rich league. The video uses the age-old famous Bollywood song Chup Chup Baithe Ho from the film Badi Bahen to setup the hilarious background to the video.

Three females, dressed in the 70s style, sing and enact the IPL version of Chup Chup… over the course of about two minutes. The video starts with the husband of one of the ladies bidding her goodbye as he says, “Bulaava aaya hai”, and that sets the tone for the rest of the video.

Of late, the IPL has been the butt of many jokes and internet trolls. The tournament’s murky past has led to a flurry of spoof and satirical videos on the internet. This video’s among the best. 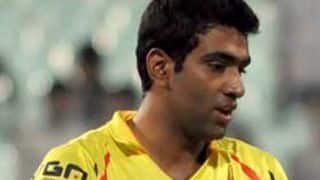