Saha and Vohra's performance indicate that KXIP have enough match-winners beyond Maxwell and Miller.

Kings XI Punjab isn’t about Glenn Maxwell and David Miller alone in the Indian Premier League (IPL) 2014. Nishad Pai Vaidya writes that other batsmen have shown their mettle although the two power-players remain their biggest assets.

One man’s bravado can rub off on a whole unit! With the consistent dash of fearlessness from Glenn Maxwell, the others in the batting order have taken on a bit of the madness. How else would you explain the amazing run-chase against Sunrisers Hyderabad on Wednesday? This was Punjab’s second successful 200-plus run-chase, third one over 190 and their third total of 200 in the Indian Premier League (IPL) 2014. Along the way, they recorded the fastest team hundred in the history of the IPL. It was simply unbelievable.

If someone merely looked at the scorecard, one may not realise the true intensity of the carnage. The scoreboard shows they chased down 206 in 18.4 overs. But, you had to watch it to believe it! Wriddhiman Saha and Manan Vohra’s knocks were remarkable for reasons bigger than this match itself. Both had their own points to prove and did that with some style. In this large blockbuster, Maxwell and David Miller only played supporting roles. This is perhaps the most heartening development for Punjab.

Saha is your conventional player, who normally plays by the book and takes his time to settle in. Thus, when he walked out to bat in the first over at the fall of Virender Sehwag, many would have been skeptical. In this tall run-chase, one may have felt sending Maxwell was the best ploy. But, Saha was out there to show that he is made of stern stuff. In previous innings, he took his time and then went for the assault, but he was on to it instantly for this challenge.

Though Saha reached his fifty in only 22 balls, he did play within his limitations. He only expanded his range of shots a little bit. On many occasions, he was trying to play too many through square on the leg-side. Those cross-batted shots had an element of danger and that restricted his range. This time, he brought in fresh air, making room at times, playing through the off-side. The remarkable thing is that he only two sixes in his innings. Normally, one would expect a few more maximums in such breathtaking knocks. However, Saha went about it intelligently and picked his gaps to perfection.

One of the biggest surprises before the IPL 2014 was the retention of Manan Vohra. The youngster had impressed with his talent during Punjab’s campaign in the IPL 2013 and had done well in the domestic tournaments. However, many doubted his retention, more so when he was kept on the bench until Wednesday. In his first game, he showed why Punjab invested in him. Vohra has talent and if he is nurtured well, could turn out to be a big asset.

For Vohra, there was added pressure of expectations. The franchise would have wanted him to perform, plus millions of prying eyes would have watched with keen interest. Yet, he was unfazed by it all and took on the task at hand with a positive mindset. The way he took on Dale Steyn showed that he has the temperament to face some of the best bowlers. It wasn’t about power along, as there were occasions when he used deft touch to get runs. Punjab tried Cheteshwar Pujara early in the tournament as Sehwag’s partner, and then Mandeep Singh. Both did not work out in the long run. Punjab could do well to give Vohra a longer run as they need a stable partner for Sehwag.

At a time when Punjab have almost certain of a slot in the playoffs, they find more positives. It isn’t about Maxwell and Miller alone anymore as there are others ready to rise to the occasion. Even George Bailey has shown his value lower down the order as someone who can add the finishing touch to the innings. Things look good for Punjab. It is a matter of maintaining consistency and raising the bar with each game. 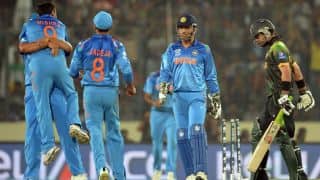 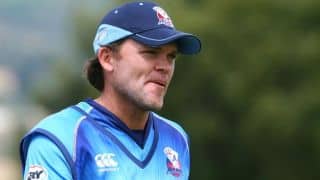