Gambhir's use of Narine, Chawla and Shakib has brought a turnaround in KKR's bowling.

Kolkata Knight Riders (KKR) have persisted with a settled formula to bounce back in the Indian Premier League (IPL) 2014. It is quite fascinating that their gameplan stays nearly the same but the components vary from time to time. If one looks at their last four victories, one would find that they have used spin to great effect and then their openers have come out to steal the show with a breathtaking performance. It is this combined performance that has helped them revive themselves and if they continue, they seem set for a playoffs berth.

It is fascinating to see how Kolkata make their spinners work in tandem. Keeping this combination intact, they are unafraid to bench someone like a Jacques Kallis. Shakib Al Hasan is preferred to the South African as he adds teeth to the spin department. And, Ryan ten Doeschate has also come in place of Kallis to play the role of the finisher down the order. But, had Shakib not performed so well, Kallis may not have found himself out of the side.

Along with Shakib, Sunil Narine and Piyush Chawla have also done very well. Narine is stringent as usual and keeps a hold over the batsmen. Chawla has surprised many with his performance this season. In previous seasons, he has shown the tendency to be a bit too expensive, but has settled well in this competition. It is perhaps the presence of Narine that has also rubbed off and batsmen also may try to attack him and lose their wickets in the process.

Narine is used in two separate spells as he bowls an over early in the innings and is then kept for three at the death. This strategy helps Kolkata as they are able to break the flow in the slog overs. And despite bowling then, he has an economy rate of 6.09 in the IPL 2014. There was a game or two when he struggled in the slog overs, but he has largely been very consistent. And, add to that an average of 17.86 and 15 wickets. He truly stems the flow of runs.

But, before Narine can come on, Shakib and Chawla do the job. Shakib is used around the powerplay overs and normally bowls through his spell into the middle. He keeps it tight with his variety and doesn’t let the batsmen attack too much. Some teams have now started attacking in the middle overs to put pressure. Shakib was able to avert that charge against the Sunrisers Hyderabad with a disciplined performance. In eight matches, he has taken nine wickets, but an economy of 6.09 is most impressive.

Chawla has been the surprise package. An economy rate of 7.05 may reveal that he has been more expensive when compared to Narine and Shakib, but has been very effective. He has taken 10 wickets at an average of 19.40 and has found a good rhythm. He is normally introduced around the halfway mark and acts as a link between Shakib and Narine. While Shakib comes in the early half of the innings, Chawla partners him in the middle overs and then passes the baton to Narine at the death. Thus, from spinners, Kolkata milk 12 overs which are tough to score off. In the game against Hyderabad, the trio gave only 67 runs in their 11 overs to showcase their true effect.

Kolkata now come up against a familiar rival, the Chennai Super Kings. This team also has had similar strategies with the bowlers doing the job and the openers taking them through. On a spin-conducive track at the Eden Gardens, expect both sides to bank on the tweakers. Chennai in particular would face a huge test from Narine, Shakib and Chawla. 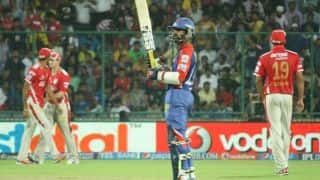 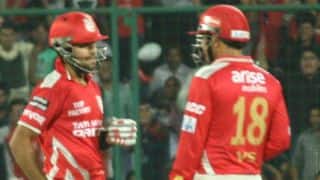