Vohra and Mandeep, two promising batsmen haven’t made it into the Kings XI Punjab side.

Manan Vohra and Mandeep Singh, two promising batsmen haven’t made it into the Kings XI Punjab side early in the Indian Premier League (IPL) 2014. Shiamak Unwalla examines Punjab’s formidable batting and what keeps the youngsters out.

It has been a rather strange first week for the retained players in the Indian Premier League (IPL). Kevin Pietersen and Chris Gayle, arguably two of modern cricket’s most destructive batsmen, are out with injuries. While Parthiv Patel’s pyrotechnics has ensured that Gayle’s absence hasn’t been felt too heavily by the Royal Challengers Bangalore (RCB), the Delhi Daredevils (DD) have sorely missed their premier batsman. However, the one retained player who is fit and yet hasn’t got a game is Manan Vohra.

The Kings XI Punjab youngster, who impressed with his showing in last year’s IPL, has been on the bench for Punjab’s first two games. While he may well get a game soon, the very fact that he has not been needed proves one very important aspect about Punjab: The bench strength of their batting line-up is fantastic.

Let’s have a look. Shaun Marsh, Mandeep Singh, Manan Vohra, Thisara Perera, and Gurkeerat Singh are waiting for a chance to show their wares. Marsh has been a permanent fixture of the Punjab side ever since he earned the Orange Cap in IPL 2008. Mandeep was the winner of the Rising Star of the tournament award in 2012. Vohra was the only Indian player retained by the Kings XI. Perera and Gurkeerat were also regulars for their sides in last year’s IPL.

The beauty of this line-up is that there is no-one who is replaceable very easily. Sehwag hasn’t quite been in scorching form, but it would take a very brave person to write him off. Pujara struggled a little against Rajasthan Royals (RR), but still finished with 40-odd at better than a run-a-ball. Glenn Maxwell has been the batsman of the IPL so far, and by a long shot. Currently the owner of the Orange Cap for IPL 2014, his strike rate of 209.9 is comfortably the highest amongst batsmen with more than 50 runs. His eight sixes are eclipsed by the next batsman on the list: David Miller. Miller has finished both games with unbeaten fifties. His strike-rate of 187.5 is second only to Maxwell.

With a top four of this calibre, Punjab have chased down in excess of 190 in both their games quite comfortably. Skipper George Bailey has had very little to do with the bat. Only Wriddhiman Saha and Akshar Patel haven’t yet made an impact with the bat. However, with one of them being a wicketkeeper (the only one in the squad at that), and the other doing quite well with the ball, there does not seem to be any place in the line-up for an additional batsman.

It says a lot about a batting line-up that there is no place for two very talented young Indian batsmen like Mandeep and Vohra. Conversely, a side like Mumbai Indians (MI) is struggling to find good Indian batsmen to make up their ranks.

At a time when most teams are struggling to find good uncapped Indian batsmen, Punjab are sitting pretty with two in the bank. In case they feel like resting Pujara or Sehwag, they have enough firepower on the bench to do so without a drip in the intensity. If anything, they might well benefit with a couple of younger, more athletic legs in the outfield. 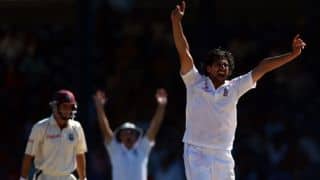