Rohit Sharma has to take crucial decisions in IPL 7.

You don’t have to be the strongest team on paper to win a Twenty20 (T20) tournament. Ask Shane Warne about it. In 2008, he had a bunch devoid of heavyweights barring Graeme Smith, yet, he fashioned a dream run that saw Rajasthan Royals (RR) win the title. That victory reflected the true nature of the format with unpredictability being the biggest factor. There is no set formula, no required strength to win; once you have your plans, it is all about execution. That is something that would motivate Rohit Sharma ahead of the Indian Premier League (IPL) 2014.

The Mumbai Indians (MI) aren’t as strong as they were last year. While they have their core group intact, some of the new players may take a bit of time to adjust. Last year, Rohit inherited a well-oiled setup. As such, Rohit didn’t have to think too much about team combinations and could make his decisions on the field with the confidence of a good backroom staff. This time around, his challenge is different.

Mumbai continue to have the same strength in the think-tank. Sachin Tendulkar may not be a part of the side, but will make his presence felt in the dressing room. Anil Kumble and John Wright also continue to serve the side as mentor and coach respectively, and that should help Rohit. But, on the field, Rohit is the boss. If one examined his captaincy style last year through the IPL or the Champions League T20 (CLT20), he was rarely noticed. As a leader, Rohit dealt with it in a cool manner and let his players express themselves. He wasn’t seen pressurising the bowlers too much. One may say that was good, as Mumbai knew their plans and followed them well.

But that doesn’t mean that Rohit did not take important steps. Throughout the IPL 2013 season, Lasith Malinga was used in the middle overs and it was Mitchell Johnson who mainly led the way with the new ball. Come the final, Rohit threw the ball to him and Malinga made the difference upfront with two wickets in the first over. And then in a crucial game in the CLT20 against Perth Scorchers, Rohit promoted himself in the batting line-up and smashed crucial runs to take Mumbai through.

This time, Rohit may have to make more crucial decisions, particularly with bowling side of things. In the fast bowling department, Malinga would remain his main bowler and it would be interesting to see how he uses him through the tournament. Zaheer Khan is an experienced campaigner, but isn’t the same force that he was. Harbhajan Singh and Pragyan Ojha are going to be crucial in the middle overs and Rohit would have to be creative with his bowling changes, banking on his three main bowlers.

As far as the batting goes, Mumbai seem settled and the addition of Michael Hussey at the top of the order brings in more stability. However, Rohit has absorbed the pressure as a leader well and hasn’t let it affect his batting too much. This season, it may test him more considering the fact that Mumbai are defending champions and also have the CLT20 in their cabinet.

When compared to last year, Rohit has grown in confidence and stature as a cricketer. This season could help him mature even further, as he leads a relatively younger side which would fight to play to its reputation and the tag of being defending champions. 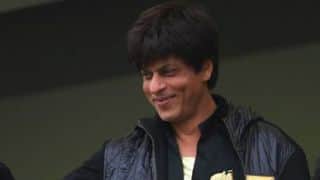 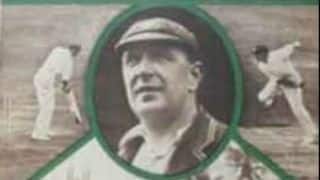 Fred Root: Innovator on the field, radical off it