With the RCB batting misfiring, will De Villiers get to make use of his phenomenal skills up the order?

It required AB de Villiers’ magic to resurrect Bangalore and pull off a thrilling victory against the Sunrisers Hyderabad in the Indian Premier League (IPL) 2014. After a collapse at the top, the South African took control of the run-chase and saw it through the end with a well-timed assault. However, it did cover-up for Bangalore’s top order issues, something that has been hurting them in the last few games. The top order has been very shaky and it hasn’t done them any good with wickets falling in a heap upfront. You are not going to have a de Villiers special in every game to rescue you.

Consider the scores at which Bangalore lost their first four wickets in the last three games in IPL 7:  5, 26 and 59. Chris Gayle’s addition has certainly strengthened their batting, but they still tend to lose wickets at a go. In his two games so far, Gayle has essayed blitzes only to see wickets fall in no time. What this does is that it breaks the momentum of an innings, however well Gayle has played. The middle order comes under tremendous pressure and that doesn’t do them any good.

So, what should Bangalore do to their batting order for the rest of the IPL 2014? There have been too many changes in the last few games. It is only the top three that hasn’t changed. Gayle opens the batting with Parthiv Patel and Virat Kohli comes in at No 3. It is at No 4 where they have made the changes with Rilee Rossouw and Yogesh Takawale walking in place of Yuvraj Singh. In fact, during the last game, they pushed Yuvraj to No 5 and de Villiers to 6 as Rossouw came in at No 4.

There has been a lot of talk about getting de Villiers in early in the innings. In fact, even during the ICC World T20 2014, there was a lot of talk about South Africa keeping him lower down the order. As your best batsman, you need him up front and face as many deliveries as possible. At least, that is what logic would dictate. But, du Plessis say an interesting thing that Bangalore may have kept in mind. “Statistically we have seen that AB is at his best when he comes into bat after 10 overs in the innings. When he has come out to bat earlier, it has not been that good,” du Plessis said after South Africa’s semi-final exit.

Bangalore have the finishing role for de Villiers in the IPL. He is dependable and can calmly guide one through to the finish. You need someone to absorb the pressure lower down the order and de Villiers is the man. It is just like what Brad Hodge does for Rajasthan Royals. Being amongst the most experienced T20 cricketers in the world, one would have expected him to bat in the top four at least. But, Rajasthan bank on Hodge’s experience in the middle so that they can finish games.

In T20 cricket, it isn’t so much about 50s, as much as it is about those effective knocks. Even a quickfire 20 can win you a game at the end. A quick burst can turn the tide in your favour and men like de Villiers are the best for the job. That is why, one can see that there is a sound strategy in keeping de Villiers for later as he can give that much needed calm and the dash to the middle.

At the same time, there are concerns over the No 4 spot for Bangalore and the instability there may persuade them to send de Villiers in early. They need to settle that spot quickly as that can cause problems for them. Shuffling Yuvraj around isn’t helping and although he isn’t in the best touch, he needs a clear role for himself for the rest of the IPL 2014.

Bangalore have finally have had that one victory in the IPL 7 that can lift the morale of the side and pump in belief. De Villiers was the catalyst and it is time the top order comes to the party. 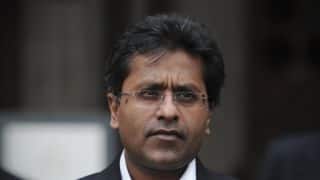