Raina and du Plessis took splendid catches during the game against Delhi Daredevils.

Chris Lynn became an overnight star with that one game-changing catch at the Indian Premier League (IPL) 2014. The Aussie batsman has made a name as a Twenty20 (T20) batsman, and had also announced his arrival in the tournament with an innings of 45 earlier that night against Royal Challengers Bangalore (RCB). But, it is that catch that he would be remembered for sometime to come, as it was unique. Not only did he recover after misjudging it, but the airtime on it was awesome, and then he landed with good awareness of the ropes. This catch did become the talk of the town.

Lynn’s catch walks into the top ten catches in IPL history quite easily, and is by far the best this season so far. There have been a few other catches that didn’t quite get the attention they deserved for its importance in their respective games. Consider du Plessis and Suresh Raina’s exploits in the game against Delhi Daredevils (DD). If one had to pick the true turning points of those contests, it was those catches held early in the innings that turned the tide in their side’s favour.

You can never underestimate the value of a good catch in the larger context. Especially, if you take du Plessis and Raina’s efforts. It was CSK’s second game in the IPL 2014, after being beaten by the Kings XI Punjab (KXIP) in their opener. There were question marks about their bowling attack, as it lacked the bite it had in the previous seasons. There were familiar faces in Ben Hilfenhaus, Ravichandran Ashwin and Ravindra Jadeja. But, there was something missing! To add to that, Dwayne Bravo, last year’s purple cap holder was injured in the first game.

Through all that, Chennai brought in Ishwar Pandey and backed him to do the job with Mohit Sharma. Pandey’s first wicket in the IPL 2014 was purely Raina’s creation. The ball was moving away from him, but Raina made his ground quickly when Mayank Agarwal tried to hit through the off-side. And, he managed to hold onto a magnificent catch. But what followed was even better. Du Plessis ran back when Murali Vijay lofted one off Mohit. The ball was hit straight and du Plessis had to run with it. Seeing that it was landing ahead, he flung himself and held onto a great one. And, then Pandey had another when du Plessis took one by running to his left. Suddenly, Delhi were reeling at 17 for three in their run-chase of 178.

Those catches suddenly made the CSK bowling look a lot better. In doing so, it also inspired confidence in a youngster like Pandey, and he has gone on to become a fixture in the side, ahead of Ashish Nehra. In that game, Delhi were bowled out for 84. And since then, Chennai have conceded totals of 133, 141 and 145. It is a marked improvement from the first game, where David Miller and Glenn Maxwell powered KXIP to a successful 200-plus chase. In hindsight, one would say that those catches were inadvertently huge moments in the tournament for Chennai. And, it promises to get better with the IPL coming home. 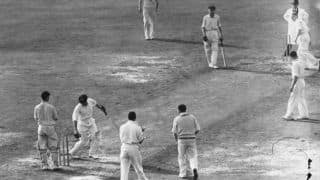